US airstrike in Syria a warning to Iran: Biden 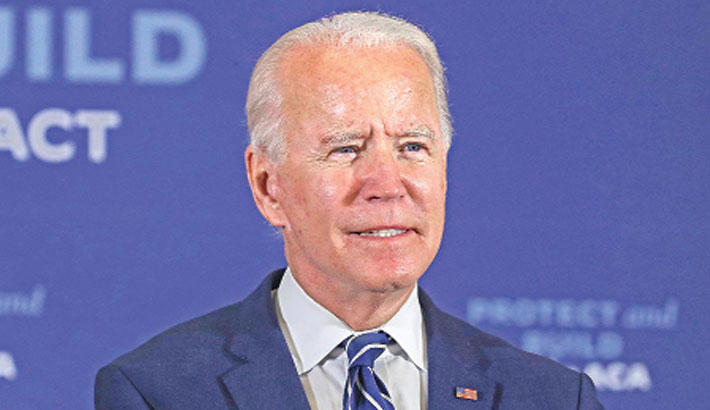 HOUSTON: President Joe Biden said on Friday that a US airstrike against an Iranian-backed militia in eastern Syria should be seen by Iran as a warning, reports AFP.

Asked what the message was from the air strike, Biden said: “You can’t act with impunity.” “Be careful,” he added, speaking in Houston during a tour of relief efforts after a huge winter storm in Texas.

Earlier, Biden’s press secretary, Jen Psaki, called the raid an “unambiguous message” that Biden is “going to act to protect Americans and when threats are posed he has the right to take an action at the time and the manner of his choosing.”

The Pentagon said Thursday’s strike, which according to a Syrian war monitoring group killed 22 militia members, was in response to a series of rocket attacks targeting US soldiers in Iraq.

One of those strikes, on a military complex in the Kurdish regional capital Arbil on February 15, killed a civilian and a foreign contractor working with coalition forces, and wounded several US contractors and a soldier.

Psaki said the decision behind the strike was “deliberative” and that Biden’s aim was for “deescalating activity in both Syria and Iraq.”