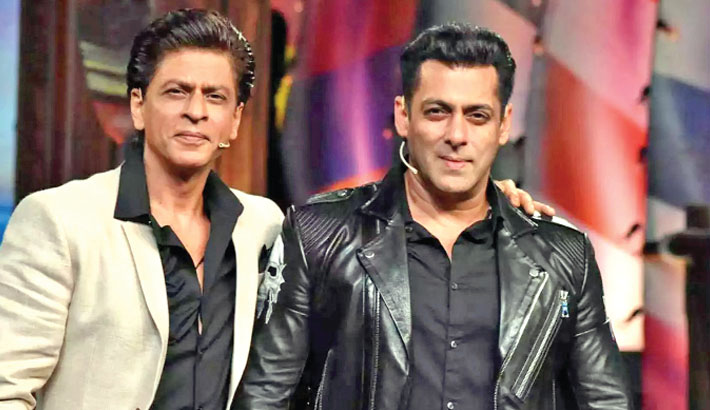 Bollywood star Salman Khan was spotted at the sets of upcoming film ‘Pathan’, co-starring Shah Rukh Khan. The actor reportedly has an extended cameo in the action-thriller, which is produced by Yash Raj Films (YRF) and helmed by War director Siddharth Anand.

Salman joined Shah Rukh at the movie’s shoot at the YRF Studios on Thursday. In the clicks which are doing the rounds of several fans pages and social media handles, Salman is getting into his car and exiting the shooting location.

Pathan marks Shah Rukh Khan’s return after a gap of more than two years; his last release was 2018’s Zero. After much speculations about what’s going to be his next project on the big screen, SRK picked Pathan, that also stars Deepika Padukone and Dimple Kapadia. Salman reportedly has a special role in Pathan, whose shooting is currently underway.

Salman also had a cameo in Zero. The actor, who wrapped up Bigg Boss 14 recently, revealed his line-up of films in 2021, on the stage of the reality show, where he also mentioned Pathan.