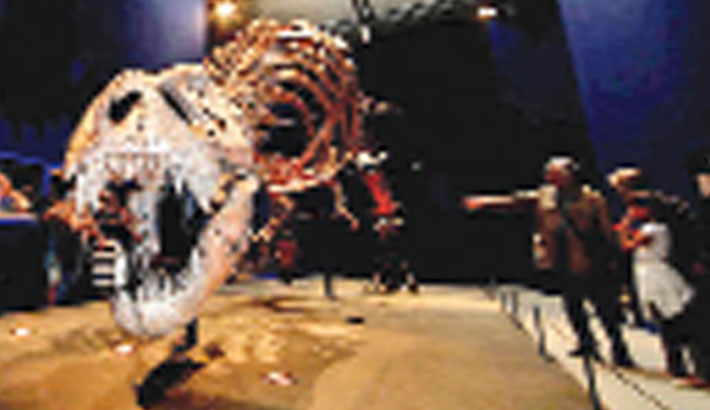 WASHINGTON: A team of US scientists has demonstrated that the offspring of huge carnivorous dinosaurs like Tyrannosaurus rex, who grew from the size of house cats to towering monsters, reshaped their ecosystems by outcompeting smaller rival species, reports AFP.

Their study, published in the journal Science on Thursday, helps answer an enduring mystery about the 150-million-year rule of dinosaurs: why were there many more large species compared to small, which is the opposite of what we see in land animals today?

“Dinosaur communities were like shopping malls on a Saturday afternoon, jam-packed with teenagers,” said Kat Schroeder, a graduate student at the University of New Mexico who led the research.

“They made up a significant portion of the individuals in a species and would have had a very real impact on the resources available in communities.”