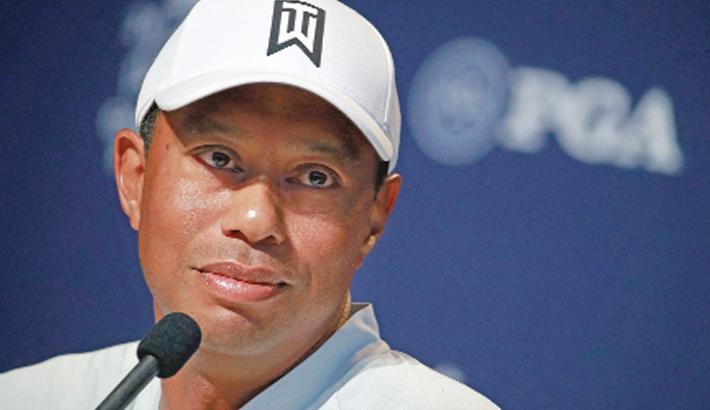 US golf legend Tiger Woods was recovering in hospital Wednesday after surgery for serious leg injuries sustained in a car crash that have raised fears for the 45-year-old's career.

Law enforcement officials said the 15-time major champion, who has been plagued by injury in recent years, would not face reckless driving charges for the crash which didn't involve any other cars. Woods was driving alone Tuesday morning in a Los Angeles suburb on a road notorious for fatal accidents when his SUV hit the center median, crossed into the opposing lane, struck a tree and then rolled over several times.

"A reckless driving charge has a lot of elements into it, this is purely an accident," Los Angeles County Sheriff Alex Villanueva told reporters.

The crash comes just two months after the golfing phenomenon underwent his fifth back operation.

News of his latest injuries has cast doubt on Woods's ability to compete at the top level again.

"He's not Superman," four-time major champion Rory McIlroy said ahead of a tournament in Florida Wednesday. "He's a human being at the end of the day. And he's already been through so much. "

World number four Xander Schauffele described the "somber" mood on the practice greens ahead of the World Golf Championships Workday Championship in Florida.