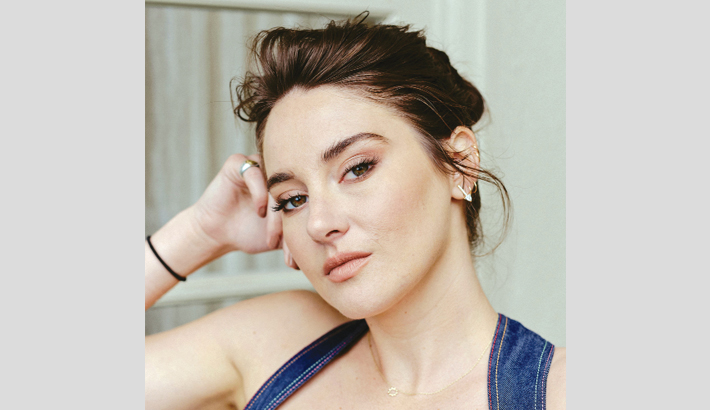 While The Mauritanian actress, 29, appeared on Monday night's episode of The Tonight Show Starring Jimmy Fallon, she gave viewers a quick look at the sparkling diamond ring Rodgers, 37, gave her for their engagement.

As Woodley recounted a recent work trip to Patagonia, Chile, the actress lifted both of her hands up to her chest and for a few seconds flashed the gorgeous accessory on her left ring finger.

Woodley also confirmed her engagement to Rodgers when host Jimmy Fallon asked about the couple's relationship. "Yes, we are engaged. We are engaged. But for us it's not new news, you know. So it's kind of funny. Everybody right now is freaking out over it and we're like, 'Yeah, we've been engaged for a while,'" the star said.