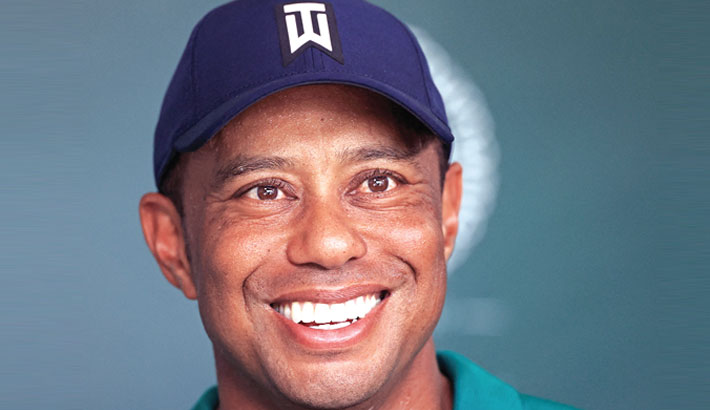 US golf legend Tiger Woods was recovering in a hospital Tuesday after surgery for serious leg injuries sustained in a car crash that law enforcement officials said he was lucky to survive.

Woods was driving in a Los Angeles suburb on a road notorious for fatal accidents when his car crashed, rolling several times.

"He is currently awake, responsive, and recovering in his hospital room," his representatives said in a statement on Woods's Twitter account late Tuesday.

This included the insertion of a rod into his tibia and the use of "a combination of screws and pins" to stabilize his foot and ankle, the statement read.

Woods did not appear to be under the influence of drugs or alcohol during the early-morning incident, said Los Angeles County Sheriff Alex Villanueva.

No other vehicles or passengers were involved in the crash, which occurred on a steep stretch of road known as an accident "hotspot," where Woods was traveling at "a greater speed than normal," the sheriff added.

Woods, one of the most successful golfers of all time, has won 15 major championships.

He recently underwent his fifth back surgery, and said he was uncertain if he would be able to complete his latest injury comeback in time to play at April's Masters.

News of the crash spread rapidly around the sports world and beyond, with figures inside and outside golf swift to send their prayers and best wishes.

"Sending my prayers to @TigerWoods and his family tonight -- here's to a speedy recovery for the GOAT of golf," said former US president Barack Obama.

Fellow ex-president Donald Trump, speaking to Fox, urged Woods to "get better and get out there because we all miss him."