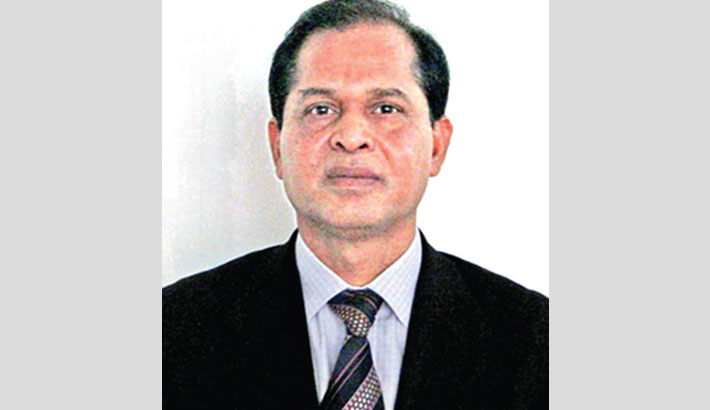 On 18 February, Hon’ble Prime Minister Sheikh Hasina, while virtually addressing a programme marking the National Food Safety Day-2021 held at Hotel Intercontinental, Dhaka, directed the concerned authorities to curb food adulteration with an iron hand as well as create awareness on this issue among the businesspersons. She mentioned that unscrupulous businesspeople sell adulterated or rotten foods to earn extra money harming our health. She also said that necessary steps would be taken in setting up one food testing laboratory in every divisional city of the country.

Two years back, the Agriculture Minister of Bangladesh, at a workshop on food safety in South Asia, said that a quality laboratory would be set up in Dhaka in order to ensure that foods are safe and at the same time nutritious. We have some institutions/organisations to test whether foods available at markets are safe for our health or not. But the capability and reliability of those organisations always remain under question. Otherwise, how the adulterated or chemical-mixed food products are abundantly sold in the market? How the sellers, knowing fully well, dare to sell these adulterated foods? Truly speaking, they have taken our lives at their hands. It is difficult to believe that there is someone to stop them.

A theme is selected every year to observe this day and likewise, this year’s theme was “Teksoi Unnayan-Somriddha Desh, Nirapod Khadyer Bangladesh (Country blessed with sustainable development, Bangladesh of safe food”. As in the past, this year’s observance has also put emphasis on safety of foods that we have to consume for our survival. This is obviously a very big sector and therefore, a very difficult task to streamline. We need not only the proper laws and guidelines, but a dedicated and coordinated force for aggressive implementation of the government policies. The government should follow a ‘zero tolerance’ policy for this sector, as it follows to eradicate corruption from the country. In fact, it is the question of our life and death and should not be considered less important than any other issues.

Once, people rarely thought of adulterating food. But with time, adulteration of food started the journey. During our childhood in the 1950s, we knew that some people used to mix water with milk to get extra money, half-ripen paddy with ripen paddy or spray water in dry jute fibres. As they never used any chemicals for adulteration, those adulterated foods were not harmful for our health. Their purpose was not to kill people, but to cheat people for financial gains. However, with the development of technology, greedy people have also developed very modern ways of adulteration. It is, now, very difficult to buy a food item from the market that has not been adulterated. These unscrupulous people even do not care whether the chemicals they are using may put the consumers under life risk. One can ensure that a food item is safe for consumption only when it has been cultivated by him/her in his/her own farm.

In fact, these businesspeople are nobody but are the members of the same society. They are human beings like us, though without humanity. They do not care whether anyone may have life risk after taking the food they sell. Money is everything for them. Perhaps they might not think of what can happen even to their close neighbours or relatives after consuming the adulterated food. Do not they buy these foods for their own consumption? We can realise the risk we are taking by consuming these adulterated foods, but those unscrupulous businesspeople never realise that they are taking the lives of the innocent people.

We know there are some arrangements of the government that monitor the food products in the market and punish those who sell adulterated food products. But the arrangements are not enough and wide to control the widely spread adulteration net-work all over the country. The sky is the limit for the growers at the field level and businesspeople at the processing level. It might be partially true that the market places, particularly in the city areas, are under the vigilance of the concerned team of the government. The rest of the country lies at the hands of the local authorities; those are practically keeping their eyes shut for many reasons known to everyone. Understanding the loopholes in the system as well as the mindset of the greedy businesspeople, Prime Minister Sheikh Hasina, in her speech, has rightly mentioned that it needs iron hand to curb the ongoing food adulteration business. We, the common people, are in a dilemma whether the thieves would listen to the teachings of religion!

The impacts of adulterated foods on our health are huge and manifold. Each and every person of Bangladesh, including those who are involved in adulteration, know the ultimate result of taking these adulterated food products. These foods can lead to a number of life-threatening diseases such as cancer, kidney and liver disorder, heart failure, asthma, brain damage, paralysis, skin diseases, etc. But this is our misfortune that the greedy money-makers, being the members of our society, are keeping themselves involved in such acts that force us to the brink of death. They are not ashamed of that by this; they are placing themselves beyond the definition of human beings. Finding no other way, we pray to Allah, who can only save us from those unscrupulous people engaged in such heinous activities.

As adulteration and various malpractices exist at all levels, like growing, processing, marketing and selling, it is not easy to buy safe foods from the markets, a fact that is really frustrating for the consumers. If we have high quality laboratory in each divisional headquarters, as the Hon’ble Prime Minister said, will it be able to ensure us safe foods? There are other issues, for example, the awareness of the producers about using fertilisers and pesticides; availability of testing kits at all strategic points to monitor that farmers are using fertilisers and pesticides in appropriate measure and not harmful for human consumption; monitoring businesspeople marketing food products; capability, sincerity and honesty of the people involved in the testing process; and monitoring system for food processing establishments.

A high-powered joint task force might be formed with the representatives from the Ministries of Agriculture, Food, Industries, Health and Home Affairs that will provide guidelines for the food growers, food processors, food packagers as well as the sellers; monitor the entire system; organise awareness programmes for the producers, sellers, processors and above all the consumers; taking appropriate measures against the unscrupulous people selling adulterated food items (raw or fine product). As it is a question of our health and survival, there should not be any compromise on this issue. A healthy nation can only build a prosperous nation.

There are people who say that food has to be ‘safe and nutritious’. There is nothing wrong in it.  And for this, availability of quality and safe food as well as their conservation and preparation are important. Let us have first safe food and it will then be easier to go for nutritious food. Once safe foods are available in the markets, then we will be able to organise ourselves our food items according to their nutritious values and as required by our body. In that case, mass awareness would help a lot.

As we have no choice to avoid taking foods, we cannot change it. We can only expect that the people involved in providing us foods will change their mindset by awakening their moral and human qualities. At the same time, the government has to fix its priority and organise implementation of its policy with iron hand to save the people.