PBI to probe the case 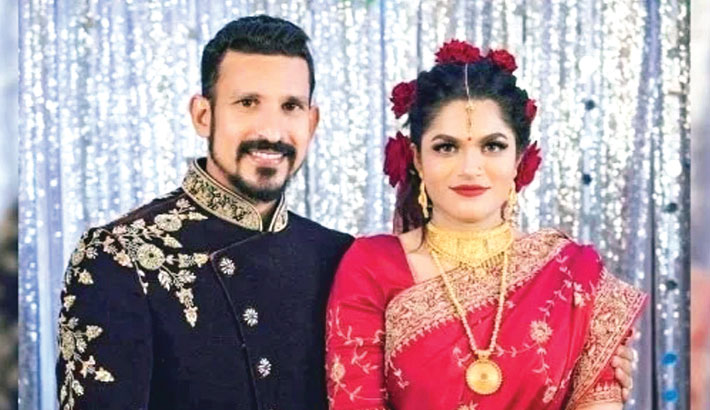 A Dhaka Court on Wednesday directed the Police Bureau of Investigation (PBI) to probe a case filed against cricketer Nasir Hossain and his newly-married wife Tamima Sultana Tammi.

After recording statement of the complainant, Dhaka Metropolitan Magistrate Mohammad Jasim passed the order and also asked PBI to submit a probe report by March 30.

Earlier, Tamima’s first husband Md Rakib Hasan filed the case with the Dhaka Chief Metropolitan Magistrate Court accusing the newly-married couple under sections 494 and 497 of Penal Code. The wedding ceremony of discarded Bangladesh all-rounder Nasir Hossain and Tamima was held at a restaurant in Uttara on February 14.

After the news of their marriage broke, it was alleged that Tamima, who works as a cabin crew in a foreign airline, married Nasir without divorcing her first husband Rakib.

Rakib said he married Tamima on February 26, 2011 and they have an eight-year-old daughter.  But Tamima married Nasir without divorcing him, which is illegal.

Meanwhile, cricketer Nasir Hossain and his wife Tamima at a press conference on Wednesday claimed that Tamima divorced her first husband Rakib Hasan in 2017. “I had applied for the divorce in 2016 which was approved in 2017 and I married Nasir following the law,” said Tamima.

She also said “It is true that I had married Rakib Hasan and we have a daughter but all others allegations is false.”

Addressing at the press conference, Nasir said “We married formally and following law and Islamic Shariah. Legal measures will be taken if anyone made any false allegation against us.”