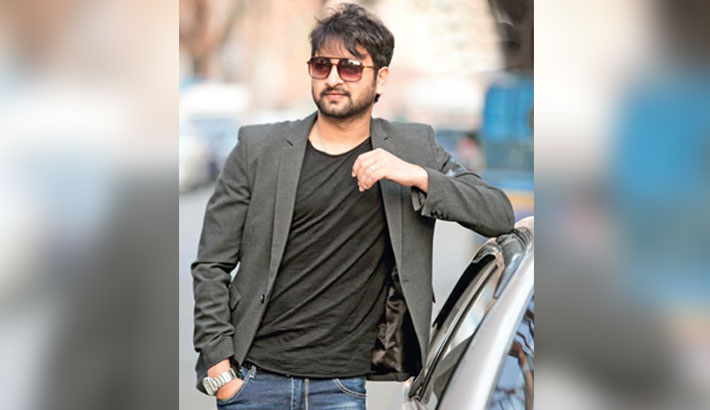 Symon Sadik is one of the popular film actors of the country. He has won the hearts of millions by his fabulous performance. He acted in many popular movies in his short acting career.

Now, the national film award-winning actor will be seen acting in a new film titled ‘Artonad’. Symon Sadik also signed a deal with the production house Shapla Media on Tuesday for the movie.

Zakir Hossain Raju is the director of the film ‘Artonad’.

“The shooting of the film will begin soon after completing the artistes’ recruitment. I hope,  Shapla Media will produced a good movie”, Symon added.

Symon Sadik made his debut as a lead with the film ‘Ji Hujur’ directed by Zakir Hossain Raju in 2012. Since then, he has acted in several movies, including, ‘Poramon’, ‘Tui Sudhu Amar’, ‘Tomar Kache Rhini’, ‘Swapno Chowa’,’ Itish Petish Prem’, ‘Chokher Dekha’,  and ‘Jannat’.

He won Bangladesh National Film Awards for Best Actor for his role in the film ‘Jannat’ (2018). He also won Bioscope Borsho-sera awards for acting in ‘Poramon’.

On the work front, the shooting of his films ‘Maa Amar Behesht’ and ‘Gopon Shonket’ has almost been completed while ‘Ananda Asru’ and ‘Nodir Buke Chand’ are waiting for its release in theatre.