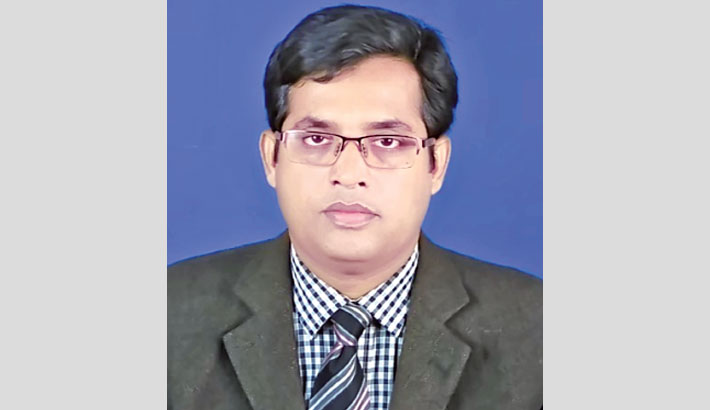 In continuation of its performance in grappling with the worst pandemic of the century, the government led by Sheikh Hasina has shown its credibility in demonstrating the essences of vaccination to shield citizens from further contamination to the Covid-19 lethal virus. It has succeeded in organizing the vaccine and has commenced the vaccination process to the citizens well ahead of many countries worldwide. As of now, 135 countries have not yet been able to arrange vaccines for their citizens. Therefore, the present government deserves appreciation for showing its credibility in managing vaccines at such a critical juncture.

The government formally launched the vaccination process on the 7th of February, 2021. Initially, the government decided to provide vaccines to different frontline workers and people over 55 years of age in the first phase. The government developed a website to register citizens for vaccination. However, they decided to drop the age limit to 40 years because of the lower population enrolment for taking vaccines. Since then, the percentage of people taking vaccination has increased in the country quite sharply.

While the vaccination process has started, many people in the country have remained confused about whether they should take the vaccine or not. Besides stigma, different rumour-mongers are propagating various forms of negative information about the vaccine. Therefore, many people are passing the time with the dilemma to decide whether they would take vaccines or not.

Having observed the vaccination process for a couple of weeks, I feel that a substantial gap still exists among the people living in rural and urban areas concerning the ration of receiving vaccines. It has been learned from numerous media outlets that the percentage of people receiving vaccines is still high in cities that reflect a more substantial interest among people of urban areas in having the vaccine. Even the proportion of females taking the vaccine compared to men is comparatively low since the ration is around one-third of the overall number of people taking the vaccine, according to newspaper sources.

The pertinent question is, why are rural people still lagging in getting them registered for vaccination? The reality is that many people living in rural areas and living on the street of cities do not have adequate information about vaccines. Moreover, they do not have access to the internet and devices required to register them for vaccination. Often citizens are required to TK 100/200 to different computer shops to register and print the vaccine card. Therefore, these people feel discouraged to get vaccines due to a lack of access to the registration process and enough money to register in private shops. The government has also developed an app to simplify the process of registration. Even many people do not have access to this app. Therefore, the process of registration is deterring a large section of people from receiving the vaccination. The government introduced an on-site registration during the early days of vaccination, which later was halted. The government could review its position on the on-site registration to facilitate more people's involvement in the vaccination process.

Now a pertinent question is: what the government can do to facilitate the registration of a maximum number of citizens for vaccination? The government's foremost step should be to initiate a robust campaign in favour of vaccination. Of course, the government is carrying out different campaigns, but the intensity needs to be increased. They could also consider using the potential of Union Digital Centre (UDC), which is working at the Union Parishad (UP), to help people get registered for vaccination. At least one entrepreneur in each UDC provides various online services to the people in every UP.

The government could consider issuing a directive through the Local Government Division to all the UDCs of the UPs to provide this service to the rural people at a minimal price. This would facilitate the process of mass involvement in vaccination services. The government could also leverage UP's potential to undertake comprehensive campaigns to motivate people to receive vaccines. The UP could play an essential role in overcoming stigma and rumours associated with vaccines by disseminating motivational information. It is quite natural that some people suffering from long-term illness may have reservations about taking vaccines. These people are confused about whether the vaccine will have any adverse side-effects. The government is disseminating information to motivate these groups of people. Yet, these messages have not been reached to the majority of the people.

Therefore, the average number of persons that have already been vaccinated is substantially different between urban and rural areas. Besides the rural people, large groups of people live on the streets and in slums in cities. These people have also remained out of the coverage of the vaccination. Several media outlets have indicated that these people do not clearly understand the vaccination and its positive impact. They have been found very reluctant about taking vaccines. Therefore, keeping an overwhelming majority of the population outside the vaccination process, the government's worthy attempts to offer free vaccination would not be successful in restraining the country's Covid-19 contamination.

The government and all other associated actors should also bring forward more practical policies to bridge the vaccine gap between the population living in urban and rural areas. More significantly, the government could consider launching door-to-door vaccination registration along with the dissemination of motivational information. The country has prior experience of attaining tremendous success in carrying out mass vaccinations. Therefore, we have adequate trained human resources to carry out door to door registration campaign and vaccination at the local level and among the people living on the street and slums in cities. Otherwise, the contamination of Covid-19 could not be stopped in the country, keeping an overwhelming majority of the people out of the coverage. Therefore, we must work together to narrow down the gap in the number of people taking vaccines from rural and urban areas. The government's success in Covid-19 pandemic management has established an instance in the world. Therefore, we expect that the government's decision to provide free vaccine to the countrymen would substantially succeed. The government has to determine strategies for getting more people under the vaccination process to accomplish the ultimate goal of making a Covid-19 free Bangladesh.