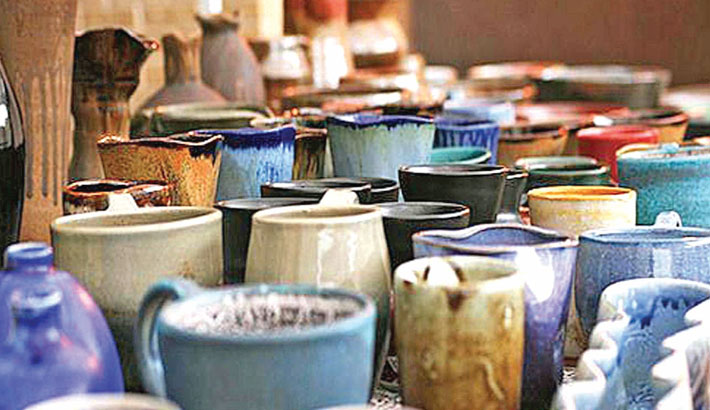 According to Bangladesh Ceramics Manufacturers and Exporters Association (BCMEA), local market helped the industry survive the export shocks triggered by the pandemic.

It said over 60 companies are currently manufacturing ceramic goods in the country and supplying the products to major global markets including the Europe, the United States and the Middle East.

However, the pandemic has taken its toll on the industry affecting both local and international supplies, said BCMEA Vice President Mamunur Rashid. But he is hopeful about a turnaround as the country’s ceramics industry has that resilience.

He said, “We meet majority of local demand of ceramic goods. Our companies cover 75 percent demand of tiles in local market.”

Mamunur Rashid, also Deputy Managing Director of Monalisa Ceramics, thinks that the quality is also playing a role in the industry’s success.

“The quality is far better than that of foreign brands,” he told the Daily Sun, adding “Bangladeshi tiles have a 40-year longevity while that of the foreign products is 10 years.”

However, there are barriers to entry into the foreign markets. “The tariff against export is high, which comes as a barrier to expansion.”

Irfan Uddin. General Secretary at BCMEA, told the Daily Sun that he hopes the ceramics industry will be able have its full pace back by end of this year.

“Of the three types, tableware is the most export-oriented product for us. We are hopeful to regain the momentum by end of this year,” he said.

According to the BCMEA data, some 68 companies in the country have earned Tk3.37 billion from exports against a trading investing Tk 89.59 billion in the sector.

Over half a million are employed directly and indirectly in the sector.

According to Irfan Uddin, also Director at Farr Ceramic, the ceramics industry is performing well compared to other industries in the country.

The sector is growing with continued policy supports as the government provides 10 percent incentive for ceramic exports.

BCMEA has been working together with chambers of commerce in different countries to solve the taxation issue to enter new markets, the BCMEA leader said. “Alongside of the UK and the USA, Malaysia can be a good market for Bangladesh.

However, there is a barrier of taxation to enter the market. We also focus on the Middle East as a probable new destination,” the general secretary added.

The manufacturers enjoyed growth in sanitary exports earning nearly $200,000 mostly from the UK, UAE, Italy and Thailand. The figure was $248,500 in January last year.

The local companies exported tableware and kitchenware worth of $16.4 million during last six months while the major destinations of the products were the US, the UK, the UAE, Belgium and Argentina.

The figure was $18.5 million in the same period a year ago.

The industry insiders also mentioned that the local companies have maintained a gender balance in employments recruiting 25 percent female in the factories.