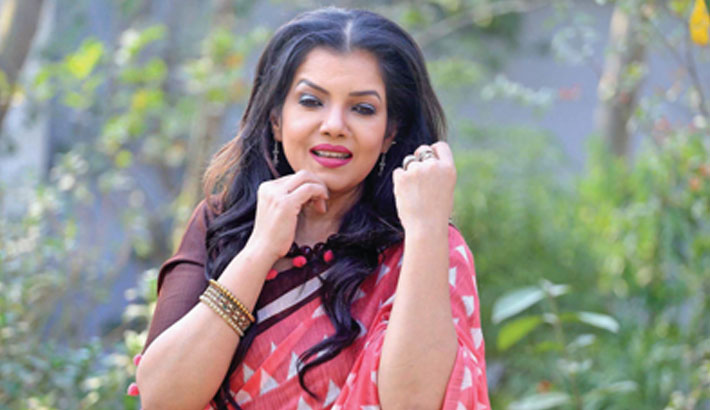 Rosey Siddiqui is one of the popular actresses of the country.  She has won the hearts of millions by her fabulous performance. He has presented many popular dramas to the audience in her 25-year career. Alongside theatre and television, Rosey has also proved her mettle on the big screen.

The versatile actress has completed the shooting of a new advertisement recently for a medicine manufacturing company.

About this project, Rosey said,“ I’ve completed the work of a commercial for a multinational company.  Through this TVC I’ve modeled for a medicine product for the first time. Shamiul Sami and his team have made this ad with utmost care. The TVC will go on air soon.”

Besides, Rosey started shooting of Naim Imtiaz Niamul-directed drama serial ‘Hawai Mithai’ again on Monday and the actress will also busy with the shooting of the drama serials ‘Bou Shashuri’, ‘Maan Obhimaan’ till February 28.

In the meantime, Rosey completed the shooting of Raihan Rafi’s film ‘Poran’. Audience will see her portraying a negative character in the movie. She also acted in the Ananya Mamun directed ‘Psycho’, which is waiting for its release.

Rosey will also return to the stage with the play ‘Panchanari Akkhyan’ next month. Directed by Shahiduzzaman Selim this is one of the popular theater productions of Dhaka Theatre.

Rosey Siddiqui started her acting career in television in 1990s. She came into limelight through the popular TV serial ‘Jonmobhumi’. During that time she was familiar in the name of Bizly. Then she appeared in many TV plays. Therefore, Rosy-acted first movie is ‘Padma Nodir Majhi’ directed by Goutam Ghosh. Rosey-acted only commercial movie is Kazi Hayat-directed ‘Love Story’.