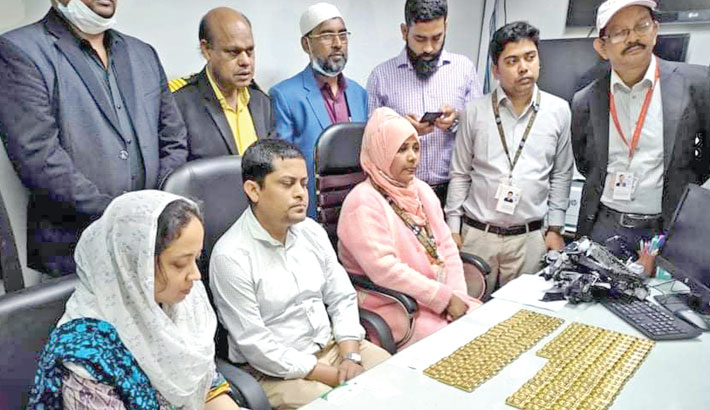 Chattogram: A total of 150 gold bars were recovered from a flight of Biman Bangladesh Airlines at Chattogram Shah Amanat International Airport in the city on Monday.

The gold bars were recovered in a joint drive conducted by officials of Airport Customs, Customs Intelligence and Investigation Department and National Security Intelligence.

The Customs Deputy Commissioner (DC) Roksana Khatun said a flight of the Biman arrived at the airport from Abu Dhabi at 10:25am.

On information, they conducted a drive in the flight and recovered the gold bars kept under passenger seats, she said.

None could be arrested in this connection as the bars were found abandoned, the DC said.

Market price of the gold weighing 17.4 kilograms is around Tk10 crore, she said.

Filing of a case in this connection is under process, the DC added. The officials concerned said that they would investigate whether any staff of the Biman was involved in smuggling of the gold.