Anguish of a Covid-19 Survivor 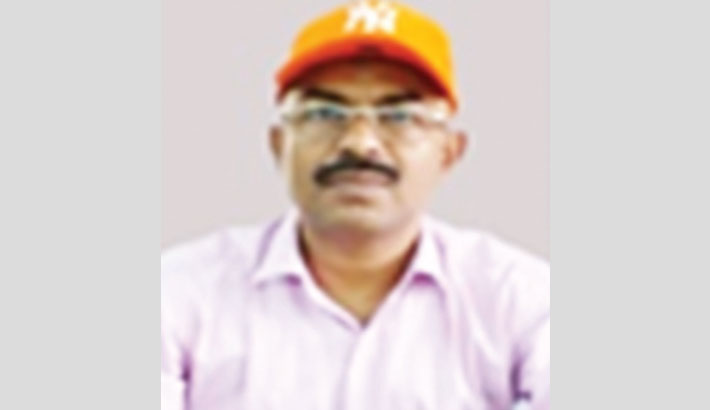 The old proverb that fate is ordained and nobody can change it despite adopting all kinds of precautionary measures stands out to be proved right once again to me from my recent corona infection experience. Right from the beginning of the coronavirus outbreak, I became extra cautious in pursuing preventive advice like maintaining physical distance, wearing masks and using sanitizer regularly. But proving all safety measures false how I became infected with coronavirus still a big mystery to me. It is my hunch that I might have been infected 2-3 days earlier, but practically I felt Covid-19 like symptoms such as slight feverish on 3rd December 2020 and came back home from the office in the late afternoon that day. After return, my wife took my body temperature to be 100.5 degree Celsius— not too high a temperature for being much worried about. However, with time, I started coughing yet feeling not severely bad. Though I lost my sense of taste and smell within a couple of days, thinking of being infected with Covid-19 still did not come to my mind until one of my friends suggested getting tested. On 9th December 2020, I was informed to be tested positive. The news of my corona infection appeared to be a bolt from the blue to me. As a drowning man catches at a straw, I left no stone unturned to get rid of the disease from day one of my infection.

It was very intimidating for me to think that I might die at any moment and it left a chain effect on my mind. The more I was thinking of my death more I was tenacious to live on at any cost and the earth seemed to be more beautiful than ever. It was a nerve-wracking experience. In a word, I was almost mentally dying before my physical death. Within a moment my known world became unknown to me; my familiar faces became unfamiliar; and a pall of sorrows, darkness and gloom descended upon my mind.

I can recall the ninth night of infection. I dreamt that my deceased ancestors or near and dear ones were looking at me with macabre eyes and giggling around me baring their teeth. I thought I am going to die. Later on, I came to learn from my doctor that from his one year’s practical experience he had noticed that most casualties normally occurred on the ninth day of infection. A weak and guilty mind is always suspicious. At this time, my superstitious mind started analysing the cause of my driver’s unnecessary arrival to my residence that day by climbing up all through the stairs to stop on the 3rd floor only to meet me without any purpose. The more I was thinking about the causes more I became prejudiced and caught up with schizophrenia. I became somewhat sceptic about life and asked myself whether it was his last journey to me. Instantaneously a shadow of gloom, stress, anxiety, melancholy, unhappiness, depression and despondence gripped my already frightened mind. By this time, I travelled to the world after death in my imagination and saw the aftermath of not performing religious prayers and rituals in earthly life. Being speechless I murmured to myself what religious duties have I observed so that I could claim heaven to the almighty creator in the day of final judgment. I closed my eyes and could see that I had been being dragged out by some angels only to be thrown into hell.

After this incubus dream, I woke up from the bed and drank a glass of lukewarm water to remove my fatigue, anxiety, fear, stress and depression. Then my wife called me to take water vapour mixed with different kinds of spices. After inhaling that, I closed my eyes again and recalled all incidents of my life. Silently I recounted that I have never done injustice to weak people during trials of cases or taking cognizance of offences as a magistrate. Then I started getting one kind of solace in reminiscing the sweet memories of ensuring justice for the distressed, destitute, rootless, homeless and helpless poor people by providing them with homes in cluster villages or abashon projects through fair selection, verification and settlement, keeping myself free from other’s influence as well as tactfully avoiding illegal pressures from locally elected representatives. Then I went on losing myself further in the world of fancy by evaluating my other services under Dhaka South City Corporation DSCC. With utter surprise, I noticed that I had never yielded to any undue pressure of higher authority or had never been guided by immoral or unmoral directives of any evil quarter. I saw I was and still am sympathetic to the poor, hapless and naive people who neither have the money nor muscle power. All of a sudden in my surreal mind many emaciated faces of abashon projects surfaced in front of me whom I could clearly see praying for me by raising their hands to almighty for my quick recovery as I always used to stand by their side in their weal and woes.

Some of my senior colleagues died of corona recently. It made me sad and more scared of the disease. Then clandestinely I started to compare myself with others and found that I am not a careerist like many of them. Though sometimes people bother me by asking why I have not been able to become a DC, I feel somewhat hesitant to answer but I have no grief in my mind for that as I always give preponderance to my conscience over my career. At last, all my good and moral deeds gave me much courage and self-confidence. Ten days later luck became benign upon me as I tested negative on 19th December 2020. Then I was praying for my wife’s negative result who took good care of me during my ailing period. She also got a negative report on the same day. We both heaved a sigh of relief and expressed our gratitude to almighty Allah and to all my well-wishers who prayed for my quick recovery.

Corona has left my body but opened up my eyes to some aspects of reality. It has shown me who are my true lovers and who are not. It has taught me the lesson that when I will be in danger the world will turn its face away from me because nobody salutes a setting sun. Covid-19 has unearthed another truth that nobody cares when I die and that the world automatically fills the space. I came to realise that people loiter around me till they have any purpose to be served by me. Corona is a true reminder of my death which may seem to be so far but it is still so near. It has helped me to discover that people whom I ignored earlier or paid less attention to came to my rescue willingly during the crisis moment of my life. It has shown the true colour of the opportunists who always hanker after their own petty interests without paying heed to others’ inconveniences and perils. In the end, my mind became filled with grief thinking of my long failure to recognise the right persons.