By-polls to be held within 90 days: EC 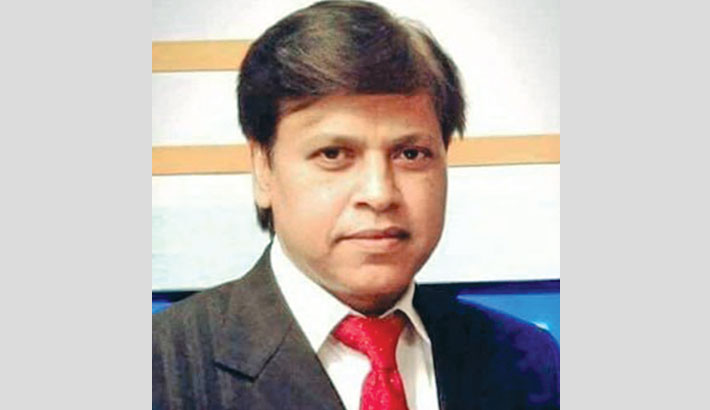 The parliamentary seat of Laxmipur-2 independent lawmaker Mohammad Shahid Islam alias Kazi Papul has been vacated as he has been punished by a foreign court for his misdeeds.

Parliament Secretariat on Monday issued a gazette notification signed by Senior Secretary Zafar Ahmed Khan, mentioning that the seat has been vacated due to the criminal offence committed by the lawmaker.

It further says that the gazette has come into effect from January 28 this year.

Papul was the first lawmaker whose membership of the parliament has been revoked for his four-year rigorous imprisonment abroad.

As per section 66 (2) (Gha) of the Constitution of Bangladesh, Papul has lost his eligibility to retain in the post as a legislator after being convicted and sentenced to four-year rigorous imprisonment by a Kuwaiti court, the gazette said.

The Kuwaiti court on January 28 sentenced MP Papul, also the managing director and CEO of Marafie Kuwaitia Group, and four others to four-year rigorous imprisonment in a bribery case.

Papul is also an accused in two other cases on human trafficking and money laundering which are under trial.

For this reason, the Laxmipur-2 parliamentary seat has been vacated from January 28, 2021 as per the section 67 (1) (Gha) of the Constitution.

The gazette on vacating the seat has been issued as per section 178 (4) of the rules of procedure of the Parliament, it added.

According to the sources, the parliament can take action and declare the seat vacant only after receiving a certified copy of the verdict.

Kuwait’s Criminal Investigation Department arrested Papul on June 6 last year. He was accused of charging each worker, mostly from Bangladesh, up to 3,000 dinars in exchange for their journey to Kuwait. Many of them, however, alleged they were not given the jobs and wages as promised.

Papul was accused of bribing Kuwaiti officials with millions of dollars to recruit Bangladeshi workers and get contracts for his company.

In response to a complaint filed on February 16 last year, the Anti-Corruption Commission (ACC) opened an enquiry into an allegation that Papul amassed Tk 1,400 crore by trafficking people to Kuwait and laundered the money to different countries.

The ACC said the enquiry was to look into the charges of loan forgery and money laundering by NRB Commercial Bank Director Papul, his wife Selina, their daughter Kazi Wafa Islam and Selina’s sister Jesmin.

On July 17, the ACC imposed a ban on all of their foreign travels, saying that the embargo would be implemented for Papul after his return to the country.

On November 11, the ACC filed a case against Papul, Selina, Wafa and Jesmin for allegedly laundering about Tk 148.41 crore. The enquiry is still underway.

On December 28, a Dhaka court ordered the freezing of 617 bank accounts and 92 deeds of immoveable properties of Papul, following a petition filed by the ACC.

He had no involvement in politics back home before 2016.

Sources said Papul spent crores of taka to prevent other potential candidates in the Laxmipur-2 constituency and became an independent MP in the 2018 election.

His wife Selina Islam did the same to become an MP for the women's reserved seat.

Election Commissioner Rafiqul Islam said on Monday that a by-election to the vacant seat will be held within 90 days.