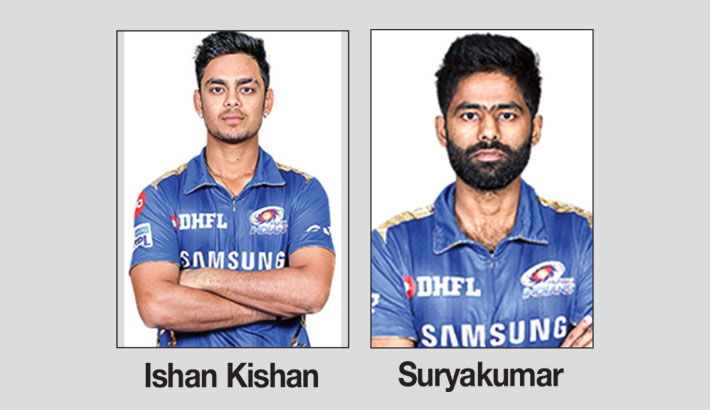 India have brought rising IPL stars Varun Chakravarthy, Rahul Tewatia, Ishan Kishan and Suryakumar Yadav into their squad for the Twenty20 series against England next month.

But India will rest star fast bowler Jasprit Bumrah for the five-match series to be played in Ahamedabad from March 12. Chakravarthy has had a rags-to-riches rise in the Indian Premier League.

The architect turned leg-spinner only got a first selection with Kings XI Punjab in 2019 at the age of 27 but he gave away 25 runs in his first over, played only one match and was released at the end of the season.

Given a second chance by Kolkata Knight Riders last year, Chakravarthy took 5-20 in one game and ended as one of the top 10 wicket-takers. He was called up for India's T20 side in Australia in December but had to withdraw because of a shoulder injury. Tewatia made his mark on the IPL with some spectacular batting for Rajasthan Royals, including hitting five sixes in an over against Punjab's Sheldon Cottrell.

Batsman Yadav and wicketkeeper-batsman Kishan were standout performers for Mumbai Indians as they won a fifth IPL title last year.