Another success of Sheikh Hasina 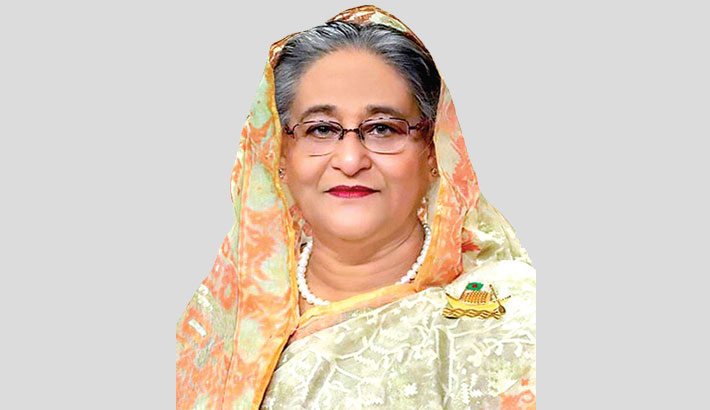 Prime Minister Sheikh Hasina has become a role model among the world leadership by ensuring Covid-19 vaccine for her countrymen when many countries are yet to get the doses for their people.

Bangladesh has made a history by launching the vaccination campaign with its limited resources when many countries are waiting to begin vaccinating their countrymen against the deadly viral disease.

The government under Sheikh Hasina’s prudent leadership has started a vaccine campaign across the world much before Covid-19 vaccines were developed.

After managing some 50 million doses and receiving two million doses as a gift from India, Bangladesh rolled out the vaccination drive on January 27 when many developed countries are yet to start providing the lifesaving treatment.

Foreign Minister Dr AK Abdul Momen said on Thursday that Bangladesh is among 35 countries in the world that have Covid-19 vaccines now, due to the farsighted leadership of Prime Minister Sheikh Hasina.

“Still there are a number of the developed countries who are yet to get access to Covid vaccines,” he said.

Talking to the Daily Sun, foreign diplomats stationed in Dhaka have highly praised the Bangladesh government for its tremendous success in tackling the spread of Coronavirus as well as making advance payment to vaccine manufacturer and receiving the large quantity of vaccines soon after vaccines hit the market.

Bangladesh is much ahead of launching the vaccination programme and even several developed countries have yet not started providing the lifesaving treatment, they said.

They have also said the vaccine management in Bangladesh is excellent.

The government under the leadership of Prime Minister Sheikh Hasina has very quickly installed necessary apps for registration of vaccine seekers through their national ID card and the people who made registration are systematically getting SMS for vaccination dates, they cited.

The diplomats further said that the government has also successfully launched the nationwide vaccination and set up vaccination centres in all government hospitals with necessary equipment and trained medical staff for vaccination.

Sheikh Hasina has also taken the centre stage by taking a decision to provide her countrymen with the doses free of cost.

“It’s my commitment to the countrymen that Codiv-19 vaccine doses will be given free of cost. I must fulfil the pledge,” she said during a recent meeting at the Prime Minister’s Office.

The prime minister of Bangladesh also ruled out a proposal to give the vaccine doses commercially.

Sheikh Hasina has also directed the authorities concerned to take necessary steps to vaccinate all the people aged above 40 years, in a move to bring more people under the vaccination coverage.

The government has initially planned to inoculate front-line fighters and people above 55 years on a priority basis.

But the prime minister has given a directive so that people aged above 40 can get the vaccine.

She has also given an instruction for introducing a system so that a registered person can come to the immunisation centre along with his/her father, mother or any elderly person to take the vaccine.

Over the second dose of the vaccine, the prime minister also directed the authorities concerned to give it within one and half months although the vaccine remains effective for 2-3 months.

According to data of the Directorate General of Health Services (DGHS), 20,82,877 people have received their first doses of Covid-19 vaccine till February 19 after the countrywide vaccination programme started on February 7.

It is reported that the second dose of the Covid-19 vaccine is being administered within 8 to 12 weeks in London after taking the first dose.

Cards should be issued for vaccine recipients so that they can show those in foreign countries where required.

Sheikh Hasina was also in discussion by announcing a contribution of $50,000 expressing solidarity for the development of safe and effective vaccines.

Foreign ministry officials said that Bangladesh extended the support as Prime Minister Sheikh Hasina remains focused on the front of the unprecedented crisis.

Global Citizen is a social action platform for a global generation that aims to solve the world’s biggest challenges.

The activists of the platform believe that they can end extreme poverty because of the collective actions of Global Citizens across the world.

Talking to the Daily Sun informally, Korean Ambassador in Dhaka Lee Jang-Keun on Thursday said Bangladesh has started a vaccination programme ahead of many countries, including Korea. He said the vaccination in Korea is expected to start soon.

He also lauded the Bangladesh government for battling with the Covid-19 pandemic and successfully fought this deadly virus.

The Korean envoy said surprisingly the number of infections among the working people, including in ready-made garment industry, is extremely low.