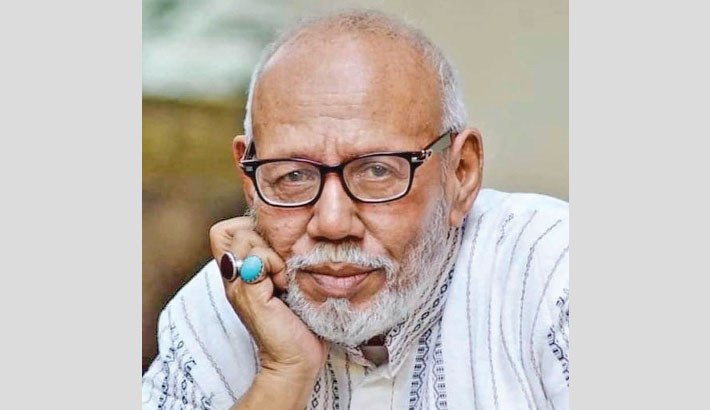 Noted actor and Ekushey Padak winner Abu Taher Mohammad Shamsuzzaman passed away on Saturday at his residence at Sutrapur in the capital.

Shamsuzzaman, who won the Ekushey Padak in 2015, breathed his last at 8:00am after suffering from old age complications for a long time, family sources said.

In a condolence message, the President said, “The death of ATM Shamsuzzaman is an irreparable loss to the cultural arena of the country.”

He said, “People will remember his contribution to flourishing the non-communal spirit in Bangladesh with due respect.”

The President prayed for the eternal peace of the departed soul and conveyed deep sympathy to the bereaved family members.

In a condolence message, Sheikh Hasina said the popular actor will remain alive in the hearts of the people through his extraordinary performance.

The Prime Minister prayed for the eternal peace of the departed soul and conveyed deep sympathy to the bereaved family members.

People from all walks of life paid their last respects to the noted actor as his body was kept at Sutrapur Community Centre after Johr prayers. He was buried at Jurain Graveyard after Asr prayers.

Besides wife, he left behind three daughters, two sons and a host of relatives to mourn his death.

Earlier on February 17, Shamsuzzaman, also a television personality, was admitted to a city hospital due to breathing difficulty. He returned home from the hospital on Friday.

Born on September 10, 1941 in Noakhali’s Daulatpur, ATM Shamsuzzaman made his debut in the media as an assistant director in 1961, with Udayan Choudhuy’s film ‘Bishkonya’.

He made his television debut in 1965. He captured the attention of audiences by acting in a negative role in Amzad Hossain’s film ‘Noyonmoni’, in 1976.

The actor, director and screen-playwright was awarded with prestigious Bangladesh National Film award five times for his outstanding performance in many films.

A number of cabinet members also expressed deep shock and sorrow at the death of the National Film Award winner actor.