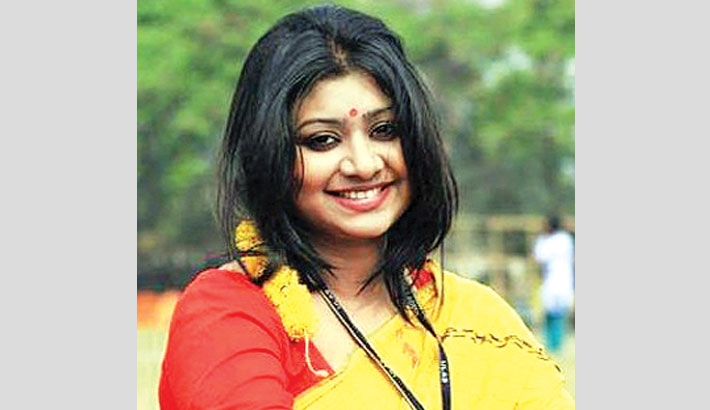 February 21 is not just a date in Gregorian calendar. For Bangladeshi people living around the world, Ekushey is a historical event which has made us feel proud of our ethnic identity. People of all strata of life pay homage to the language martyrs who sacrificed their lives to free our mother tongue from the colonial shackle of the oppressive Pakistani rulers. After 1952, February 21 became “Amar Ekushey”. Thanks to the Canadian Bangladeshi language activist Rafiqul Islam who wrote a letter to Kofi Annan asking him to save the world’s decaying languages. As a Bangladeshi, he could understand that mother tongue is an asset which needs to be safeguarded and preserved. Then on November 17 in 1999, the United Nations Educational, Scientific and Cultural Organisation (UNESCO) formally and officially declared February 21 as the International Mother Language Day. After the declaration, from 2000, every year the entire world celebrates the International Mother Language Day to promote multilingualism and linguistic and cultural diversity.

This year the theme of the International Mother Language Day is “Fostering Multilingualism for Inclusion in Education and Society”. The UNESCO believes that inclusion of mother language in the early education of children can advance their learning process and also can help them understand their own cultural and ethnic identity. Multilingual Education (MLE) also recognises the Sustainable Goals’ focus on leaving no one behind. The Director-General of the UNESCO, Audrey Azoulay, comments while announcing the theme, “This is essential, because when 40% of the world’s inhabitants do not have access to education in the language they speak or understand best, it hinders their learning, as well as their access to heritage and cultural expressions”. He asserts that multilingualism should be promoted in both schools and families.

Let me show a simple statistical report now. More than 43% of the estimated 6,000 spoken languages are endangered. A few hundreds have given formal recognition and place in the education system. Less than hundred languages are used in digital world. Now, we can imagine the situation of the 40% underprivileged people who fail to acquire knowledge properly as the knowledge is not imparted in their mother language. They need to learn the second language first and then try to attain literacy.

NgugiWaThiong’o wrote in his book Decolonising the Mind, “Language, any language, has dual character: it is both the means of communication and the carrier of culture”. When we deny the access to one language, we reject the entire culture which is carried by its linguistic formation. This is how many ethnic and traditional cultures are getting lost in translation. 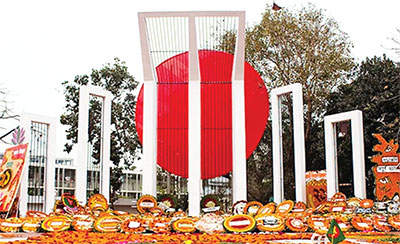 English has its own imperial and tyrannical power which has subjugated and even diminished many world languages. Since it has been the colonial language, people had to conform to the colonisers to get rid of the repressions. When the English colonised Asia, Africa and Latin America, they turn English as the only language to be used in schools and official sectors. If any student used his own mother tongue, he would be punished and even tortured physically. For this reason, young learners had to learn and master this language abandoning their own mother tongue just for the sake of living. In this way, language learning became a cognitive exercise instead of a heart-felt experience.

The UNSECO now tries to bring back multilingual education system which focuses on first-language-first learning. In our country, the rise of English version and English medium schools has given good opportunity to learn English at educational institutions. Our tiny budding learners are mostly exposed to English. They are told to listen to BBC, watch English movies and speak in English at home and with their acquaintances. It is, undoubtedly, an effective way to acquire a foreign language. Nevertheless, the process demands rigorous memorisation and a kind of detachment from the native language and culture.

When a young learner is taught a lesson in his own language, the concept becomes more clear and comprehensible. There is a misconception that using the first language may hamper the process of second language acquisition. It does not happen this way. Multilingual Education or MLE has to be implemented following a few stages. In the first stage, the learning takes place entirely in the first language. In the second stage, the young learner adapts the fluency in L1 (first language) and then is introduced to L2 (second language). In the third stage, he starts getting fluent in L2 and gradually starts acquiring the literacy in both L1 and L2. Then in the final stage, which is a lifelong stage, the learning goes on in both languages with equal excellence.

Multilingual Education offers better understanding, cultural rootedness and strong foundation of knowledge in young learners. There are many expressions in the native tongue which cannot be translated directly into other languages. These days, modern translators keep many native and local words while translating a piece of literature from L1 to L2. This way of translation serves two things: one, the literary piece gets international readership and two, it promotes the local culture globally through the native terms.

When a child has a very good command over both languages, he can beautifully bridge the gap between L1 and L2. Moreover, constant and fluent code mixing and code switching boost his confidence level to meet and mingle with all sorts of people with ease and comfort. Children become more interactive with their peers and teachers. Learning in the first language also motivates children to ask more questions which ultimately lead them to the vast ocean of knowledge. The learning becomes a fun rather than just a repetitive memorisation.

Our language martyrs sacrificed their lives to establish Bangla as the first language of the country. Here comes the question, which Bangla did they actually fight for? Language is so dynamic that it changes its formation, pattern and trait very often. The Chittagonian Bangla is as much as Bangla as the Barishallya Bangla. So, it is important to preserve all forms of Bangla. For a Chakma child, Chakma language is his mother tongue. Like Chakma, the indigenous languages should also be preserved so that the rich and diversified cultural and traditional heritage does not get lost. The loss of a culture is so expensive that our next generations will not be able to repay it.

Besides mastering the global language English, let us teach our children to learn, love and live their own mother tongue. Let us embrace our heritage by decolonising our minds. Learning more than one language is a fun. It helps to understand many cultures and diversities better. However, it is essential to celebrate the joy of learning with the first language. Therefore, let us foster multilingualism and include other mother tongue in education and all spheres of society.

The writer is a Lecturer at the Department of English Language and Literature,