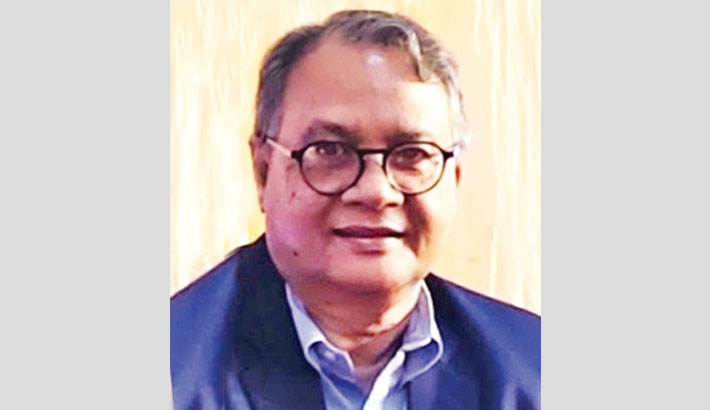 Every year, the International Mother Language Day is observed throughout the world. In fact, the day owes its origin to the Mother Language Movement that led to the sacrifices of lives of many students     on the streets of Dhaka, East Bengal, present day Bangladesh on the 21st of February, 1952. Since then, the day is being observed in Bangladesh in remembrance of the martyrs of the language movement. Here, it needs to be mentioned that later the demands of the people of East Bengal for  recognition of their mother tongue Bangla as one of the state languages of the then united Pakistan was recognised. The language movement and its subsequent success gave the necessary impetus to other popular movements of the people to meet their various popular political demands under united Pakistan. These popular movements later galvanised into the demand for establishment of an independent and sovereign country which was ultimately realised through a bloody war of liberation in 1971 at great costs of lives and innumerable sacrifices of millions of people. Since earlier years till today, the language movement and the auspicious day of 21st February carries special meaning and significance to the people of Bangladesh. Now, the day is recognised internationally as the ‘Mother Language Day’ and observed throughout the world with due solemnity and pledges for respecting and preserving various languages that exist and are spoken by people in different parts of the world.

The day was recognised as the International Mother Language Day because of the relentless efforts and advocacy of the two language activists of Bangladesh origin, Rafiqul Islam and Abdus Salam. In 1998, they made the demand that the day, 21st February, be observed across the world to save the world’s various languages from extinction. The United Nations Educational, Scientific and Cultural Organisation (UNESCO) in its General Conference in November 1999 accepted the demand and proclaimed the day to be observed as the International Mother Language Day. In line with the proclamation of the UNESCO, on 16 May 2007, the United Nations General Assembly called upon the Member States "to promote the preservation and protection of all languages used by peoples of the world". In 2008, the UN General Assembly declared the year as the International Year of Languages, “to promote unity in diversity and international understanding, through multilingualism and multiculturalism”.

According to sources, there are over 6,000 languages in the world and of those more than 40 per cent are endangered. One important reason of this state of affair is because of the fact that only a few languages dominate the world because they are widely spoken and have clout in the international arena. The globalisation further intensifies the extinction process. Many mother tongues spoken by smaller number of people are disappearing or on the verge of extinction threatening the permanent loss of cultural and intellectual heritage and diversity of people living in different parts of the world. But to protect culture and tradition, preservation of all languages of the world is important. It has been learnt over the years that languages play a vital role in building inclusive societies and preserving cultural heritage. Moreover, multilingual and multicultural societies exist through their languages which transmit and preserve traditional knowledge and cultures for generations and ages. 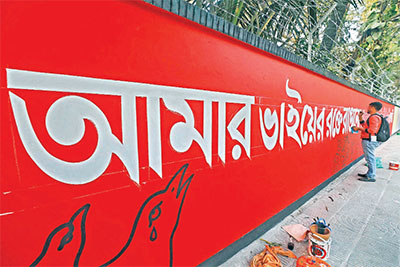 In Bangladesh, the overwhelming majority of the people speak in Bangla. It is also the official language of the country. On the other hand, there are other smaller ethnic groups of at least 34 spread over the plain land and 11 inhabiting the three Hill Districts of the country. These ethnic minorities are numerically significantly less in number than the rest of population of the country. They are racially different and adhere to cultures, languages, religions that are distinctly different from the majority, the Bengalis. Like all other minority population living in different countries also have the right and will to preserve their unique identities. However, it is alleged that they are subjected to various discriminations and deprivations including in use of language and preserving culture. The Hill Districts in Bangladesh include Rangamati, Khagrachari and Bandarban and they together comprise about 10 per cent of the total land area of the country with a population of little over one million. According to an authoritative source, ethnic minorities in Bangladesh speak in 37 languages. Some are of the opinion that this number of languages spoken may increase if an elaborate census is carried out. There are also communities who no longer speak their language and there are others who speak their language, but do not have scripts and alphabets. There are threats of the extinction of languages spoken by the ethnic communities. Thus it is important to preserve the scripts and alphabets of those languages. Here, it may be noted that in recent years the government has published school books in the language of some of the ethnic minorities. This initiative needs to cover all ethnic groups, large or small, so that their mother tongues could be preserved. This will also ensure preservation of their unique culture and heritage.

This year’s theme for International Mother Language Day 2021 is “Fostering multilingualism for inclusion in education and society.” In line with this theme, Bangladesh needs to take concrete and affirmative initiatives to introduce multilingualism and inclusion of all, large or small, linguistic groups particularly in its system of education at all levels. This process of inclusion will ensure active participation of all particularly of ethnic and linguistic minorities in national life. Bangladesh must remember that she has special responsibility to promote and preserve all the languages spoken by her citizens including those of the smaller ethnic groups as the International Mother Language Day has been introduced by the international community in recognition to the sacrifices of the martyrs of language movement of 1952.

The writer is a Professor, Department of Public