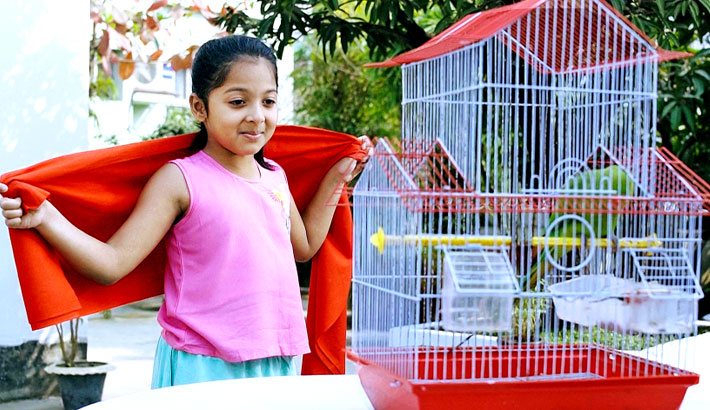 To commemorate the International Mother Language Day, a special drama ‘Jhutum Pakhir Kotha’ will be aired on Duronto TV tomorrow at 8:30pm.

Directed by Monirul Hossain Shipon, the script of the drama has been written by Nur Siddique. The actors in the drama include Syed Hasan Imam, Sabiha Zaman, Jitu Ahsan, Sushama Sarker and child actor Mugdhota Morshed Riddhi.

Synopsis of the drama:

Young Piu loves birds. She has many at home. Her only regret is that she doesn’t understand their language. Her parents buy her a parrot. But the parrot cannot talk.

The salesman told her that the parrot needs to be taught how to talk.  But regardless of her relentless efforts, it cannot speak like human beings. Yet Piu continues her quest to teach the parrot how to speak.