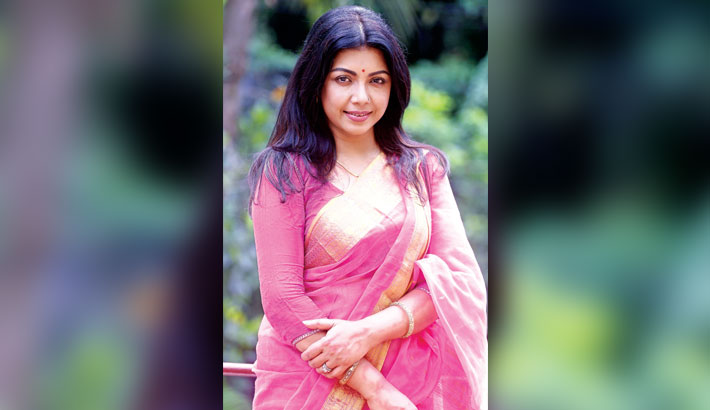 Sushama Sarker, known for her versatile acting prowess, will be seen in the government-granted movie ‘Gangkumari’. The actress has completed the shooting of the film in Sunamganj recently.

About the film, The actress said, “This is my second government-granted movie after ‘Bhuban Majhi’. My character’s name is Rosnai in the film which is amazing. I have tried my best to portray the role properly. I have worked with noted actor Tariq Anam Khan in the film. The location was also very beautiful. All over I’m very optimistic about ‘Gangkumari’.”

Directed by Fazlul Kabir Tuhin, ‘Gangkumari’ has been scripted by Sadhona Ahmed.

On the other work front, Sushama-starrer drama series ‘Sayankal’ and ‘Kajol Rekha’ are being aired on BTV and Deepto TV respectively. The actress also completed shooting for the Shishu Academy’s film ‘Ural’.

Sushama Sarkar is a stage, television and film actress. She appeared in TV dramas like ‘Progga Paromita’, ‘Bijli’, ‘Dhonni Meye’ and others. She also acted in films. Her notable movies are ‘Chuye Dile Mon’, ‘Badsha – the Don’ ‘Bhubon Majhi’, ‘Dahan’, ‘Shapludu’, ‘Nabab LLB’ and others.