‘Pressure on Djokovic in final’ 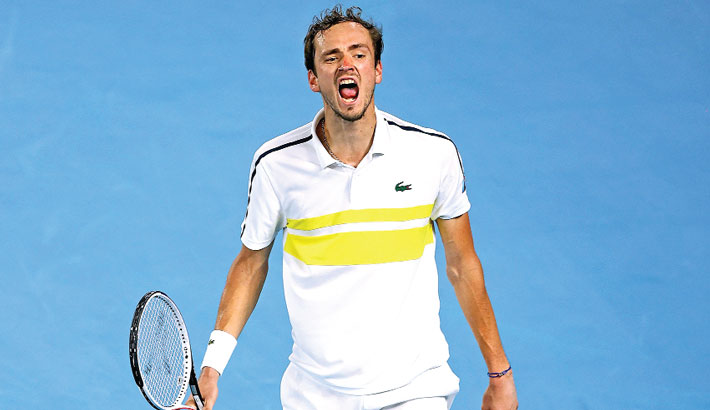 Russia's Daniil Medvedev insisted the pressure was all on Novak Djokovic in the Australian Open final after he breezed past Stefanos Tsitsipas in straight sets in the semis on Friday.

Medvedev, now into his second Grand Slam decider on the back of a 20-match winning streak, said the world number one has "more things to lose" on Sunday.

Djokovic, with 17 major titles, has won all eight of his Australian Open finals and is looking to close the gap on the record of 20 Slam trophies held by Roger Federer and Rafael Nadal.

"I like that I don't have a lot of pressure because he never lost in eight times that he was here in the final," said the 25-year-old world number four.

"So I just hope that I'm going to get out there, show my best tennis. As we see I can beat some big names if I play good.

"For sure he has more experience, but more things to lose." Medvedev, a 6-4, 6-2, 7-5 winner against Tsitsipas, has now beaten 12 top-10 players and lifted three trophies during his winning run.

He said the lessons learned in his debut Slam final, when he came from two sets down to give Nadal a huge scare at the 2019 US Open, would help him on Sunday.