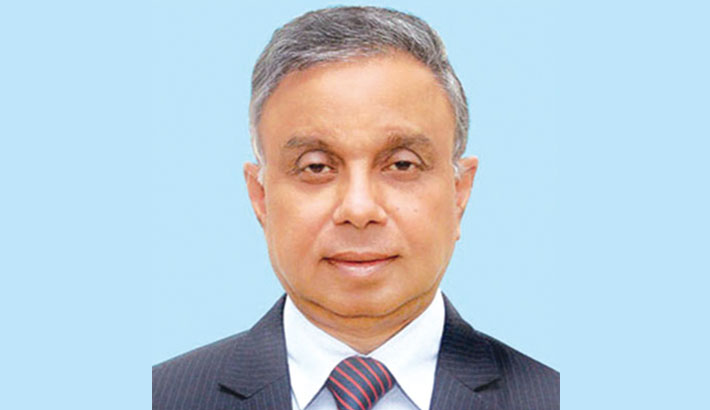 ‘Education is the most powerful weapon which you can use to change the world’, this is told by Nelson Mandela. SDG 4 speaks about education; ensures inclusive and equitable quality education and promotes lifelong learning opportunities for all having 10 targets and 11 indicators.

In developing countries enrollment in primary education is 91 per cent but 57 million children of school age are out of the school, one out of four girls are not in school. One data show that 50 per cent out of school children of school age live in conflict affected areas. 103 million youths lack basic literacy skills; among them more than 60 per cent are women. In Bangladesh we find four million children are out of the school. They are mostly from disadvantaged groups; a good number have to drop out for insolvency. Cyclone, flood, river erosion, sea level rise along with all other climate related events make education for the vulnerable more difficult. Super cyclone Amphan in May 2020 alone caused full or partial damage to 2000 educational institutes in the Southern part of our country.

Another SDG target ensures that all girls and boys have access to quality early childhood development care and pre-primary education so that they are ready for primary education. The Bangladesh government put much emphasis on this and specifically now the target is fixed for the 24 months to 59 months aged children. The data of these types of completion in 2012-2013 is 63.9 per cent with a target to reach 80 per cent and 100 per cent in 2025 and 2030 respectively. In organisational learning before the official primary entry age, 2015 data shows that only 39 per cent had the participation rate. This is one of the most important area to take the boys and girls towards mainstream education. So, we fixed our target at 90 per cent and 100 per cent in 2025 and 2030 respectively. 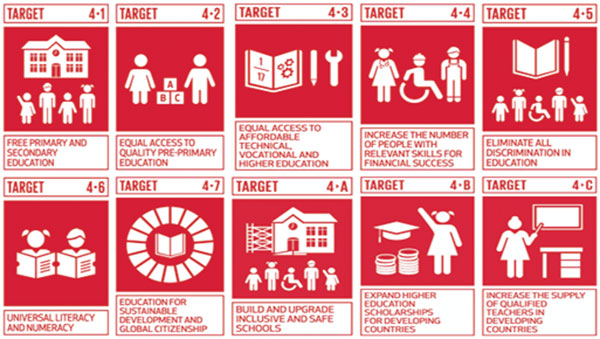 In the rural areas, the government had a special scheme for having at least one primary school in each village. With that special program primary education got much more importance in terms of infrastructure, electricity, internet for pedagogical purpose and computer; also, materials for the students with disabilities, basic drinking water, single sex basic sanitation facility and basic hand wash facility that is the wash indicator in primary schools. If we look at the rural villages of Bangladesh nowadays, you will find beautiful constructions, a good design with beautiful fencing. We strongly believe this encourages the children to be in the school. The baseline data of 2015 shows that 58 per cent of primary schools have electricity but internet and computers for a pedagogical purpose was not good, that was less than 1 per cent. For the infrastructure and materials for the students with disabilities 34 per cent primary schools were equipped, 82 per cent schools had basic drinking water facility and 48 per cent school had the single sex basic sanitation facility; all these developed a lot with a target to reach 100 per cent in all the areas by 2030.

Primary schools having the facilities for sanitation and water increased the number of students in schools and reduced the dropout. Government has a special program for the ‘midday meal’. Under UNICEF projects in some of the areas, special programs are being run. Local initiative as encouraged by the Honourable Prime Minister to provide midday meals is working very well; more than 6000 schools are already under this program with the local support; these also increase the attendance in schools in the primary level. We need to ensure midday meals for all the schools.

In primary education we need to ensure equity, question of relevance in curriculum, child friendly environment for education, for teaching and learning sustainability and balanced approach. We need to fix the learning outcomes for the children and catch them green for preparing them to be globally competitive. Education on morality, sincerity, honesty, reasonable behavior, dealing with nature, etc. starting from an early age are important areas to work with the children.

For monitoring of the Primary Schools, we have a robust plan from the Upazila through the government officials and also a team to look into the overall primary school activities are set in Upazila level. We are facing huge challenges to reach 100 per cent primary education and also reducing the dropout to 0 per cent. In terms of good practices, education in Pre- Primary School in mosque based education, publication of books for aboriginal students in their own language, distribution of free books every year for all the primary and high school students (320-360 million books a year) are some of the landmark programs of Bangladesh government for the development of primary education.

The challenges we face in primary education is huge; in terms of quality. We are on the gateway to achieving the number with emphasis on quality. Gradually the digital device, the Teachers’ Portal initiated by A2I are doing a landmark development for the primary school teachers. During this pandemic, students of urban areas could do well with their digital devices keeping some limitations for the rural and hard to reach areas.

In the meantime, we got about 100 per cent of electricity in all the households but smartphone or television, laptop have some limitations for the rural area students along with the issues of connectivity that is the broadband connection. We are very hopeful to overcome these challenges very soon.

Ultimate target to educate the nation, giving more emphasis on primary education is the prime area of work for the government. Role of non-government organisations along with some big organisations like BRAC have played a remarkable role in achieving primary education in hard to reach areas especially in the coastal belt, haor and Char areas. Some innovative ideas like school on boats created so much sensation and attraction which could fulfill uncovered areas of rural villages in terms of primary education. Rising demand for reviewing the education policy is also touching primary education, keeping in mind the character building of a boy or girl with a healthy body and mind.

Co-Curriculum activities including ICT based activities, songs, sports and games, reading books, joining cultural events need to be taken care of too. Ensuring quality primary education will lead the nation to be more equitable, more educated and skilled.

The writer is a former Principal Secretary and Principal SDG Coordinator