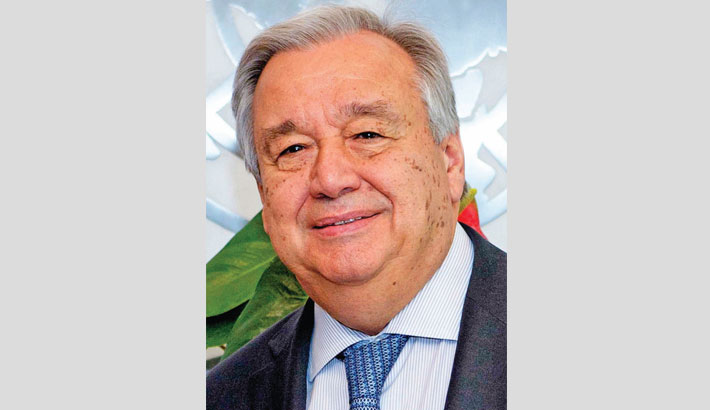 With the COVID-19 pandemic exposing social and economic inequalities rooted in racism, discrimination and xenophobia, recovery must lead to more inclusive societies, the UN Secretary-General told Member States on Thursday.

António Guterres was among leaders addressing a Special Meeting of the UN Economic and Social Council (ECOSOC) to investigate the links between structural racism, inequality and sustainable development, with a focus on pandemic response.

The UN chief said the global crisis ‘represents a damning indictment of systematic prejudice and discrimination’, with COVID-19 mortality rates up to three times higher for some marginalized groups.

“As we strive to recover from the pandemic and build a better world, we need to forge a new social contract based on inclusivity and sustainability.  That means investing in social cohesion,” the Secretary-General said.

“All groups need to see that their individual identities are respected, while feeling that they belong as valued members of society as a whole.”

The ECOSOC meeting, held online, comes ahead of the annual High Level Political Forum in June which will review global progress towards reducing inequalities and promoting peace, justice and strong institutions, in line with the Sustainable Development Goals (SDGs).

“Solidarity and cooperation among countries, societies, communities, and individual citizens is the only possible way to eliminating racism, xenophobia and discrimination for all,” he said.

This year also marks the 20th anniversary of a landmark UN Conference on racism, held in Durban, South Africa, and the country’s President, Cyril Ramaphosa, spoke of how COVID-19 has exposed ‘fault lines’ both within and between countries.

“The pandemic has deepened poverty, inequality and other forms of social injustice around the world,” he said in a pre-recorded message.