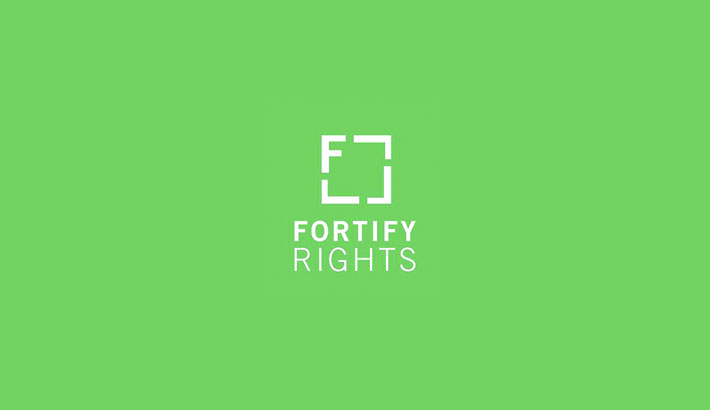 Fortify Rights on Thursday said the Myanmar military junta is putting pressure on media by arbitrarily arresting journalists and threatening others, who have gone into hiding.

The junta has dictated proposed legislation that will severely curb media freedoms, it said.

“In times of crisis like these, media freedom is especially necessary,” said Ismail Wolff, Regional Director of Fortify Rights.

“The junta evidently feels threatened by the truth. Its repressive measures targeting a free and independent media cannot stand.”

On February 14, the military detained overnight five Myanmar journalists covering a crackdown by security forces during a protest in Myitkyina, Kachin State.

“We were kept in a prison transport vehicle . . . We were detained at 8:45 pm and let go the next day at around 10:30 am,” one of the journalists told Fortify Rights the day after the military released him. “[When released], the soldiers explained that we were detained because we disclosed information about the crackdown and how many military and police were there.”

According to one of the journalists who spoke to Fortify Rights, soldiers released all five without charge and forced them to sign a document saying they would not violate the junta’s ban on gatherings of five or more people or the nighttime curfew issued on February 8. The authorities also confiscated the journalists’ cameras and returned them upon release.

State security forces detained at least four other journalists since the February 1 coup, according to the Assistance Association for Political Prisoners (AAPP). The junta reportedly released all the journalists except freelance journalist Shwe Yi Win, who police allegedly arrested on February 11 in Pathein, the capital city of Ayeyarwady Region.

Her mother told the Irrawaddy Burmese on February 12 that two women police officers took her daughter, and she has no information on her whereabouts. As of February 18, she remains in detention according to the AAPP.

The junta’s arrests and detentions of journalists have created a fearsome chilling effect on working journalists, said Fortify Rights. Fortify Rights documented how several members of the press in Yangon Region, Rakhine State, and Kachin State went into hiding or avoided staying at their homes out of fear since the February 1 coup.