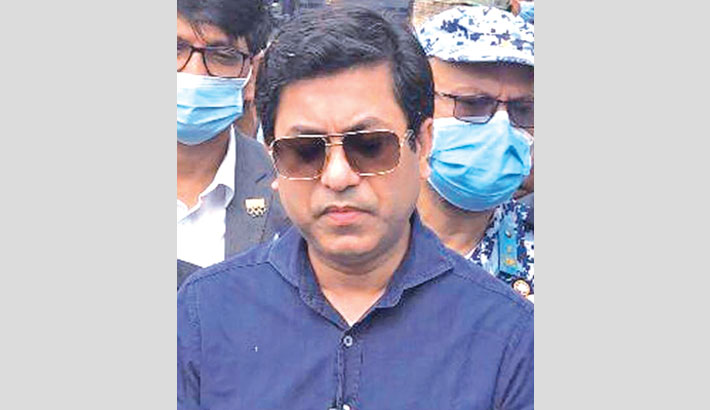 “The pumping stations, handed over by Dhaka WASA to DSCC, have been dysfunctional.  We could not make them functional up until now. We are now consulting with technicians and experts to fix the problems,” Taposh told reporters while supervising the clean-up and eviction drive in the Manda Canal in the capital.

The WASA handed over responsibility for some pumping stations along with some machine and spare parts to DSCC recently.

DSCC Mayor Taposh said they are carrying on with their drive to bring the city canals back to life.

In the last 45 days, the DSCC removed 100,000 tonnes of waste from city canals under a crash programme and it will continue until March 31.

During the drive, the DSCC found that the 100-feet Shyampur canal shrunk to an eight-foot long water body, as a major portion of it was illegally grabbed.

“The illegal structures of the Shyampur Canal were demolished and the work is still going on. Our drive against illegal grabbers will continue.”

Taposh said they will bring about a change in their working strategy in the mid of March to bring a good result.

“We will change our strategy and introduce our action plan in the mid of March. At the same time, we will extend our programme until April. It is difficult to proceed this way, but if we can continue our job, we will get a little bit of relief from water-logging problems.”

He said the ongoing drive to pull down illegal structures on the banks of city canals would continue.

“Grabbers can’t stop us no matter how powerful they are,” said the mayor.