Building height to be based on population density: Minister 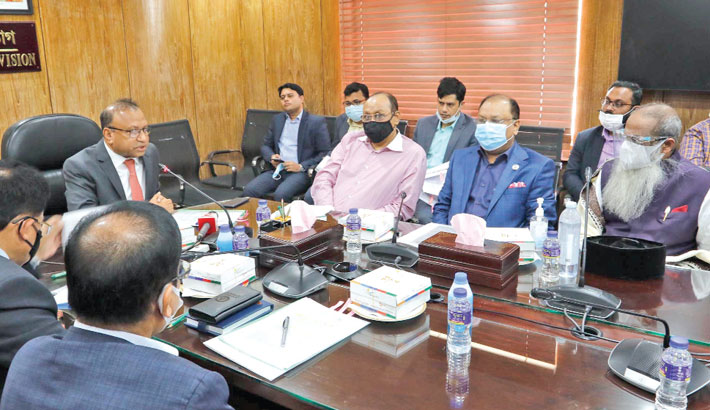 LGRD Minister Md Tazul Islam speaks at a meeting on the implementation of the Detailed Area Plan at the Secretariat on Wednesday. Bashundhara Group Chairman Ahmed Akbar Sobhan was present at the meeting. —SUN photo

Minister for Local Government, Rural Development and Cooperatives Md Tazul Islam on Wednesday said the height of buildings would be determined on the basis of population density and communication system in the capital.

“Building height would be based on population and communication system of the area and the final decision will be taken after consultation with architects, urban planners and other stakeholders, including those involved in the private housing sector,” he said.

Tazul, also the convener of the Detailed Area Plan (DAP) Review Committee, said this at a meeting with representatives of Real Estate and Housing Association (REHAB) and Bangladesh Land Developers Association (BLDA) at the conference room of the ministry.

The minister said roads, schools, colleges, shopping malls, healthcare centers, playgrounds, water bodies and other civic amenities should be ensured for everyone, said a press release.

Emphasizing the need to fix area-based holding tax, water, gas, electricity and other utility charges, Tazul said it is not fair that people living in posh areas and those of Jatrabari area will pay the same charges.

“Our only objective is to make Dhaka city livable, attractive and modern and that’s why long-term plans like DAP have been adopted,” he added. Tazul sought cooperation of all concerned to implement DAP.