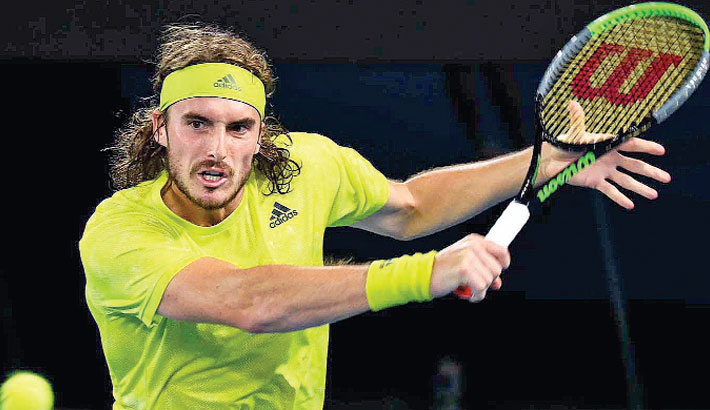 Greece's Stefanos Tsitsipas recovered from two sets down to stun Rafael Nadal in the Australian Open quarter-finals on Wednesday, ending the Spaniard's bid for a record 21st Grand Slam title.

"I don't know what happened after the third set -- I fly like little bird, everything was working for me," said Tsitsipas, who hit 49 winners and 17 aces.

Fifth seed Tsitsipas will now attempt to reach a maiden Grand Slam final when he plays the in-form Daniil Medvedev in the semi-final.

The fourth seed had more firepower than his younger, eighth-seeded rival in scorching conditions on Rod Laver Arena, grinding him down 7-5, 6-3, 6-2 to extend his win-streak to 19 matches.

Ashleigh Barty had raised expectations of ending Australia's 43-year wait for a home winner but her campaign was ended by Czech surprise package Karolina Muchova, who stunned the top seed 1-6, 6-3, 6-2.

Muchova will face Jennifer Brady in the last four after the 22nd seed beat her fellow American and close friend Jessica Pegula 4-6, 6-2, 6-1.