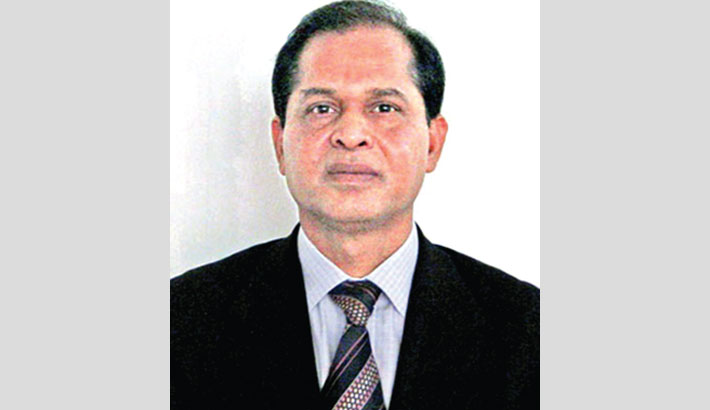 On the first day of this month, through a coup d’état, Myanmar’s military has taken over the control of the country, ousting the democratically elected government led by Aung San Suu Kyi. This has happened, as explained by the military leaders that they have evidences of fraud in the general elections held in last November. On the contrary, the Election Commission of Myanmar has rejected the allegation raised by the military, saying that there has been no evidence in support of their claims. In any way, the military has arrested Aung San Suu Kyi along with other senior leaders of her party.

We know that Burma became an independent state in 1948 from the British colonial rule. At that time, U Nu was leading the newly established government as well as the ruling Anti-Fascist People’s Freedom League (AFPFL). The military entered politics for the first time in 1958 following a split in the AFPFL. Consequently, General Ne Win was asked to serve as the interim Prime Minister of Myanmar. In 1960, Ne Win handed over power to U Nu once his party had won in the election. But the sky of Myanmar was full of cloud that had brought thunder-storm over this country now and then. In 1962, through a bloodless coup, General Ne Win took over the state power overthrowing the elected government. Perhaps, that was the end of respecting peoples’ rights to choose their government in a democratic environment.

In the name of ‘discipline flourishing democracy’, the military government of Myanmar brought a series of reforms in 2011, though it’s 2008 constitution guaranteed the military 25 per cent of seats in the national parliament and an absolute authority to change country’s constitution. Political leaders, including Aung San Suu Kyi, were under bar of doing political activities freely. Military government were not allowing political leaders to come out to enjoy human and democratic rights. However, in view of the internal and international situation, the existing scenario started changing, at least to show the world that military government wanted to establish democracy in Myanmar. They released Mrs. Suu Kyi and other leaders. Finally, in 2015, Suu Kyi formed the first democratically elected government after a 50-year military junta rule in the country.

Five years of Suu Kyi’s government have passed in such a way that military, though sitting behind, has never closed their eyes to monitor her government’s activities. However, considering the situation, politicians were hopeful and expecting that the future would be brighter. But democracy, perhaps, does not suit in the militaristic-environment of Myanmar. It hurts the democracy-loving people of the world that while the people of Myanmar have started to see a new sun in the sky, the stored cloud has once again covered the sun. Though Aung San Suu Kyi’s party National League for Democracy (NLD) has won a landslide victory (got 396 out of 476 seats) in last November election, but that was declared fraudulent by the military backed parties like Union Solidarity and Development Party (got just 33 seats). In fact, her party was supposed to form the next government for five years. However, fears of a military coup have been simmering since the NLD won and that has ultimately happened.

Political analysts say that the coup became a must for the military when Suu Kyi’s party NLD won the elections held in November last and was going to form the government for the second time with stronger base. The military smelt something that the NLD government might curb the political power of the military, especially their fixed seats in the parliament. So, they did not want to take the risk. Now, even they organise elections, as the junta government has announced, within next two, three or five years, there would be no way to raise that issue.

Emergency has been proclaimed across the country for one year. Mass processions, participated by thousands of people, are the daily events nowadays in Myanmar. Protesters have been demanding release of the arrested leaders including Aung San Suu Kyi. The anti-military government gatherings all over Myanmar are mounting pressure for releasing the political leaders. The Chief of the military government has said that they would follow the constitution and would hold a free and fair election soon to hand-over power to the elected government. In fact, they uttered such words a number of times in the past.

There is no doubt that the military government of Myanmar has major allies, particularly China, which has been supplying military equipment in large amount, in addition to extending political support. A number of ASEAN members have been supporting Myanmar, though the country has been found actively involved in genocide of the Rohingya Muslim minority. India has also strong relations with Myanmar, particularly for its economic and geo-political interests. It is evident from its stand on the Rohingya crisis. For obvious reason, the Rohingya issue is a minor issue to the allies of Myanmar, and that does not deserve so much importance as their economic interests in Myanmar. Therefore, we should not forget this reality while mapping our strategies on the Rohingya issue.

We know that the Military Chief Senior General Min Aung Hlaing, who is one of the top Generals barred from travelling to the US for their roles in the ethnic cleansing of the country’s Rohingya Muslim minority, has taken over the power. In his team, he has other senior Generals who were also barred from travelling to the US for the same reason. But that would not, as we understand, bring any immediate positive result for the Rohingya crisis. How can we expect something from the junta government what the civilian government of Aung San Suu Kyi failed to produce? It would really be a miracle if the military government agrees to start the repatriation process of Rohingyas.

While looking at the case of atrocities against Rohingyas by Myanmar military brought by The Gambia at the International Court of Justice (ICJ), we see that Myanmar filed preliminary objections to the jurisdiction of the ICJ over the genocide charges against Myanmar on 20 January 2021, just two weeks before the coup staged by the Myanmar military. Legal experts said that Myanmar, in those objections, might have included whether the court has jurisdiction to hear the case and whether The Gambia has the appropriate standing to bring the suit. We know that similar questions were raised by Aung San Suu Kyi during preliminary hearings in December 2019 when she travelled to The Hague to defend her country. Now, with the new political change, Myanmar would try to find another chance to delay the trial proceedings, the usual practices it has always been exercising on the Rohingya issue. However, a provision of the UN Convention on Genocide allows states to bring a case against any other party for violations, even if they themselves are not directly affected.

It's true that Bangladesh and Myanmar had inked a repatriation deal in November 2017, but nothing happened in the last three years. Myanmar has always taken the path of delaying the process of repatriation. Till date, we did not see any sign of willingness or sincerity of the Myanmar government regarding taking back their nationals staying in Bangladesh. Even a meeting of the Joint Working Group scheduled for 4 February 2021 has been postponed by the military government of Myanmar in view of their internal administrative reorganisation.

It is said that a country cannot change its neighbour(s). Myanmar is a neighbour of Bangladesh and would remain as one whether it is run by a democratically elected government or a military government. Meanwhile, the Military Chief General Min Aung Hlaing has announced that discussions on the repatriation of Rohingyas would continue. Though those words bear no importance, but Bangladesh has been maintaining its communication with Myanmar regularly in the hope that dialogues between the two countries would resume soon. We, as usual, also hope that one day these Rohingyas would be able to return to their homes in Myanmar with honour and security.