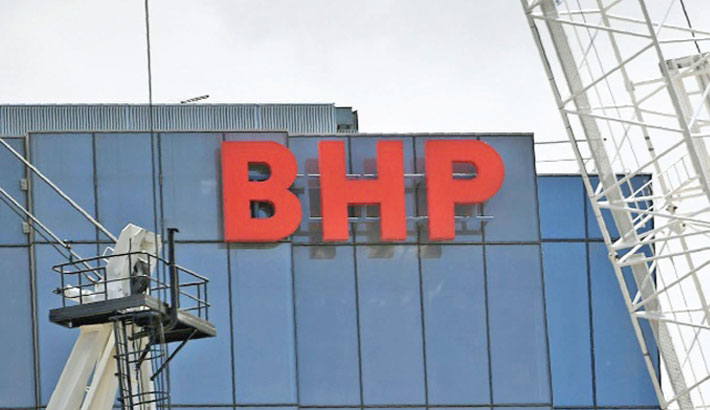 MELBOURNE: Anglo-Australian mining giant BHP on Tuesday reported a spike in half-yearly profits, on the back of strong iron ore prices and record exports from Western Australia.

The company reported a 16 percent rise in underlying profits to US$6 billion for the year ending December 31, reports AFP.

BHP chief executive Mike Henry, who last year predicted a rocky road ahead amid the pandemic, said the result was boosted by record iron ore production in Western Australia as the mineral’s price soared.

Despite the pandemic affecting the company’s supply chain, “against this backdrop of unprecedented challenge, we have achieved almost unprecedented performance”, Henry said.

He added there was now a “compelling outlook for our commodities given the recovery underway and continued growth in the global economy, as well energy transition”.

After-tax profits were down 20 percent to $3.9 billion from the same period in 2019, largely due to a $1.6 billion write-down of coal assets as the company begins a shift away from thermal coal.

Investors would receive a record dividend of US$1.01 per share, up 55 percent from the previous six months.

The miner also said it had been a “challenging” period for coking coal, with lower prices and reduced exports caused by adverse weather conditions, while Australia’s trade tensions with China impacted BHP’s coal business.

“On this note, we are continuing to sell everything we produce, successfully redirecting coals that would otherwise have gone to China,” chief financial officer David Lamont added.

“While we can’t be sure of how the situation will evolve, we remain of the view that ultimately, Chinese steel mills will continue to require higher-quality steel-making coals to meet their efficiency and environmental objectives.”

The company has previously said it plans to concentrate on coking coal, which is used to make iron and steel, and has not been the primary focus of efforts to reduce the impacts of climate change.

As part of its plan to reach net-zero emissions by 2050, BHP said it had inked renewable power contracts for its Queensland coal and Western Australia nickel operations.