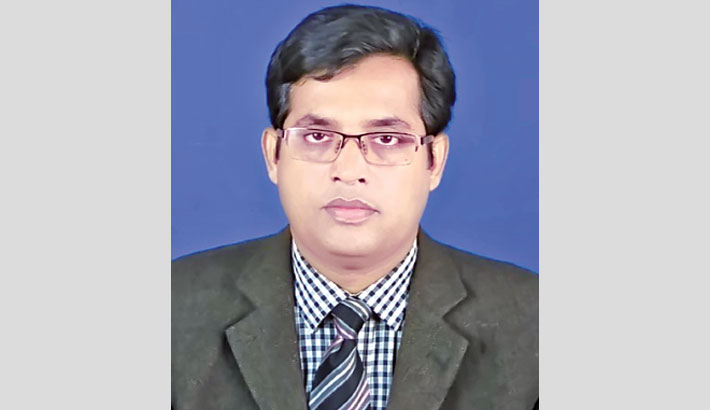 The entire planet is living through the worst debacle ever since last year's Covid-19 pandemic. The pandemic's health and economic impacts are so grave that many of the world's strongest economies are still struggling to overcome its effect. The US, the UK, and the majority of the European countries are still struggling to deal with the second and third wave of the pandemic despite various kinds of efforts. These countries have started heaving a sigh of relief with the advent of the vaccines of different companies. Like other countries of the world, Bangladesh is not an exception as the pandemic has also affected the nation.

Now a couple of pertinent questions are – how the Government of Bangladesh has dealt with the pandemic and how the country has been affected by the cataclysmic pandemic. It is very normal for a country like Bangladesh to fail to keep people locked up at homes for a more extended period enforcing lockdown which is one of the best possible mechanisms to restrain contamination by the lethal virus. During the early days of the pandemic, the government had to enforce lockdown in the form of government holidays for a few months. It is important to mention that a substantial portion of the population relies on the daily labour for their livelihood. The government assisted these groups during those days to save them from starvation. It implemented different strategies including selling kitchen commodities at a lower price through open market sale, implementing direct cash transfer to 5 million people, and expanding the number of beneficiaries under social safety net to save the poor people. With the help of the government, these people could manage to pass their days during the pandemic.

The government had invested a handsome amount in saving the economy from the adverse impacts of the pandemic. They implemented one of the most robust incentive packages of Tk 1.21 trillion. The government later made additional allocations in this sector. Even the government provided additional funding to the health sector for providing free health services to COVID patients. They have also decided to provide the countrymen with the free vaccine. When different developed countries struggle to manage vaccines, the government has shown its credibility in managing and commencing vaccination process against the Covid-19 virus. Due to the government's success in the management of Covid-19, Bangladesh obtained the 20th position in COVID Resilience Ranking of Bloomberg with a low mortality rate than many developed countries.

Unfortunately, many Western media outlets and their bosses could not accept the government's tremendous success gladly. Consequently, they scolded the policies of the Sheikh Hasina government to deal with the pandemic to undermine her role. Having been frustrated by the overwhelming successes overseen by the premier in fending off the virus, they walked an extra mile in spreading anti-government lies. For instance, in the mid-June 2020, citing Dr John D Clements - the icddr,b chief - the Economist published misleading information claiming that Dhaka City had as many as 750,000 cases of Covid-19 patients at that time. Later on, Dr Clements clarified that the statement was taken out of context in the article as the report made a claim based on the infected staffs and officers of icddr,b that cannot be applicable in case of a city.

On the 7th of April, 2020, Al-Jazeera released fake news mentioning WHO where they claimed that two million people could die in Bangladesh with Covid-19 contamination. The report also claimed that the doctors and healthcare providers claimed that they had inadequate personal protective equipment, and the authorities were not prepared to cope with the challenges. This news is also misleading since the actual number of death with Covid-19 infection did not exceed 10,000 as of today.

In another report on the 23rd of March 2020, the channel, based on the general people's statements, claimed that the people of Bangladesh passed the time in horror as the country was not ready to deal with the pandemic's challenge. They also claimed in the video that the government intentionally could not undertake massive testing to hide the actual number of the Covid-19 patents. They also claimed that people were leaving Dhaka with horror. The reality was that many people went to their villages since the offices, industries and educational institutions remained closed. When the government decided to open offices and industries, people returned to Dhaka within the shortest possible time. This news, however, was intended to tarnish the reputation of the government.

On the 11th June 2020, the Telegraph published a report titled "Coronavirus exposes the deep divide in Bangladesh society" claiming that the one segment of the population vehemently criticized the government's decision to relax the lockdown quite early enabling the spread of Covid-19 contamination at a risky stage. Their apprehension did not come true as the contamination rate never reached a dangerous level, and the vaccination process started well ahead of many countries.

In another report titled "Mass exodus from Dhaka as the economic impact of Covid-19 forces Bangladeshis to flee cities" published on the 22 July 2020, the outlet claimed that a large group of the population living in Dhaka city was fleeing to villages due to economic hardship. However, it was later found that with the stabilization of Covid-19 situation, people started returning to Dhaka. The country did exceptionally well economically amid the pandemic compared to many of the developed countries. Therefore, it can be argued that the claim made by the outlet was not compatible with reality.

On the other hand, Deutsche Welle in a report titled “Coronavirus: Economy down, poverty up in Bangladesh” published on June 10, 2020, claimed that Covid-19 affected Bangladesh hardly and the country was experiencing a high degree of poverty though they could manage to take it down over the years. However, the Economic Forum in its report mentioned that Bangladesh's economy had performed exceptionally well during the pandemic compared to many of the world's giant economies. Therefore, the whole world finds Bangladesh's economic growth amid Covid-19 pandemic as a surprise. In its different reports, even the Netra News tried to claim that Bangladesh's Covid-19 situation turned into an upheaval, though it turned out to be fake.

Under the circumstances mentioned above, it can be claimed that the Sheikh Hasina government's success has frustrated many of the international outlets. Thus they published different factious and pretentious reports about the Covid-19 pandemic in Bangladesh. The reality is that the country has done exceedingly well in coping with the century's worst-ever challenges. Therefore, I urge the international outlets to refrain from publishing fake reports on Bangladesh's Covid-19 situation. They should applaud Bangladesh for its success in coping with the pandemic situation with tremendous success and keeping the economy's momentum intact instead of publishing fabricated information.