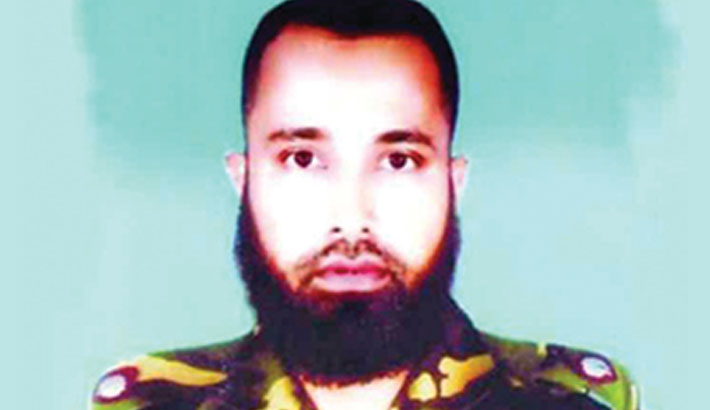 Law enforcers, including detectives, are clueless about the whereabouts of the militant lynchpin who was the mastermind of killings of about one dozen prominent writers and bloggers.

As he is frequently changing his location, law enforcers are failing to trace him, detective sources said.

Law enforcement agencies, including counterterrorism and anti-terrorism units of police and Rapid Action Battalion (Rab), have set traps at different parts of the country to arrest him.

However, he still remained out of the reach of law enforcers.

In two cases, a Dhaka tribunal awarded death penalty to Zia in his absence.

On Tuesday, the tribunal sentenced five militants, including Zia, to death and another one to life imprisonment for killing blogger and writer Avijit.

All the convicts are leaders of Ansar Al Islam, also known as Ansarullah Bangla Team.

Apart from Zia, Akram Hossain has been on the run.

Extremists hacked Avijit and his wife near the TSC on the Dhaka University campus on February 26, 2015 while they were returning from Amar Ekushey Book Fair.

Last week, the tribunal sentenced eight operatives of the banned militant outfit, including Zia, to death for killing publisher Dipan in 2015.

In the verdict, the court observed that the militants had attacked bloggers, writers and publishers as part of their campaign to silence freethinkers and that the death penalty is the only appropriate punishment for the heinous murder.

According to the verdict, extremists killed Dipan for publishing a book of slain Avijit as part of their war against freethinkers.

The goal of Ansar Al Islam was to destroy the democratic and non-communal character of the state, the court further said.

On August 2, 2016, the Home Ministry declared a Tk-20 lakh bounty for information leading to the arrest of militant kingpin Zia who was sacked in 2011 for his failed coup attempt in the army.

Zia has been acting as the coordinator of Ansar Al Islam, police sources said. He along with other militants is secretly carrying out their organisational activities in the country.

After his firing, he went into hiding and came in contact with Ansarullah Bangla Team spiritual leader Shaikh Jasimuddin Rahmani.

After Jasimuddin’s arrest, Zia took over the leadership.

Police said the names of some Neo-JMB kingpins surfaced during investigation into the deadly militant attack on Holey Artisan at Gulshan in the capital on July 1, 2016.

According to police, at least 70 militant leaders and activists were killed while over 400 others arrested in drives since the café attack.

The law enforcers also circulated seven pictures of Zia in different dresses and styles which proves that he is the master of disguise.

He is the alleged mastermind of the killings of bloggers, prominent writers, publishers, university teachers and students.

Zia formed a sleeper cell and killed five bloggers across the country in 2016 and 2017. He also trained many activists.

Despite massive operations, law enforcers could not trace him yet.