Recognising Achievements of the Government 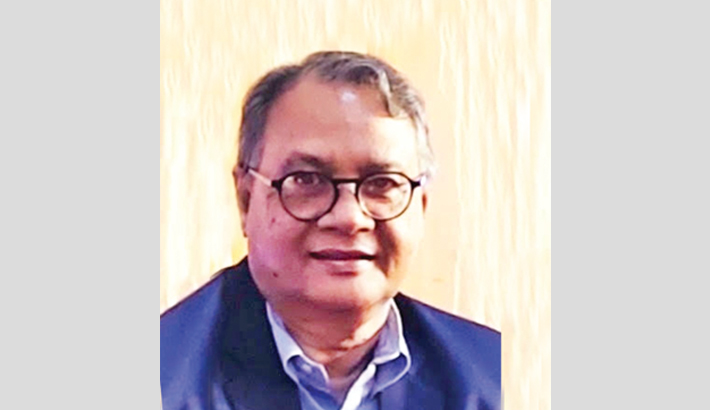 Now the talk of the country is the vaccination drive that is going on in the country for the last couple of days. The initial pilot run was inaugurated by Honourable Prime Sheikh Hasina to observe primarily the side effects of the vaccine among the recipients whose number was a little over five hundred. As no adverse reaction was reported the government decided to roll out the vaccine throughout the country from the 7th of this month. Only the government-run health facilities are now being used for vaccinating the people. However, it is learnt that at a later period the government may also utilise the private health care facilities for the vaccination purpose across the country. In the current drive, the target is to inoculate around 3.5 million people who include the front-line health care personnel, freedom fighters, members of the essential services, law enforcement agencies and others who have somewhat direct contact with the people for different purposes. 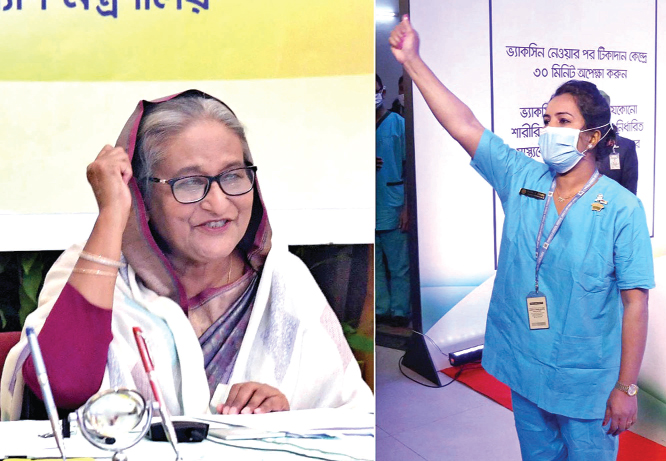 Here it may be noted that the government has purchased about 30 million doses of the Oxford-AstraZeneca vaccine through a repatriate agreement between the government of India, the Serum Institute of India, the vaccine manufacturer in India under the license for the oxford-AstraZeneca, and a local private pharmaceutical company the Beximco Limited. It needs to be mentioned here that the Serum Institute of India, based in Pune, is perhaps the largest vaccine manufacturer in the world. In the meantime, India has donated about 2 million doses of vaccine to Bangladesh as a gesture of goodwill and friendship. These were the first batch of vaccine to arrive in the country. The 30 million that the government has purchased will be delivered in phases, 5 million every month to be completed within a period of 6 months time. However, the government has a plan to inoculated about 130 million people within this year. There are efforts to procure more vaccines to meet the target of vaccination in the country. In the coming months, Bangladesh is going to receive millions of doses of vaccines from different international sources that include the GAVI, WHO and UNICEF. The GAVI, an international alliance for the vaccine, is expected to provide the country with around 68 million doses of coronavirus vaccine to inoculate 20 per cent of the population.

In the ongoing drive on vaccination, the health authorities have decided to administer the second dose of the vaccine four weeks after the first jab, instead of eight weeks. It is reported a total of about 2,400 vaccination teams are deployed across the country. Of which 204 teams are working at 50 vaccine centres in Dhaka and 2,196 teams at 995 centres across the country. The Directorate General of Health Services (DGHS) has deployed 10 vaccination teams (eight on duty and two in reserve) at hospitals of each district, while three teams of which two on duty and one in reserve have been deployed at other centres. Each team is vaccinating 100-150 people per day.

After the rolling out of the vaccination programme, a large number of people, about 900,000, across the country have so far received the first dose of the vaccine. Till Sunday afternoon about 1.74 million people have registered online for the vaccine. The online registration system that has been introduced to registering people for the vaccine is working very well. In fact, this is an important innovation introduced by the government. Dispelling apprehensions and doubts of many distracters the system is working very well. The system has made it hassle-free for the common people to get the vaccine at their desired health centres. The other noteworthy achievement of the system is that all citizens irrespective of their socio-economic standing are been treated as equals in getting appointments for vaccinations in medical centres. The arrangements made at the health centres have been termed as excellent and the whole process is so smooth and flawless that it does not take more than an hour to complete the whole process of vaccination including the half an hour after vaccination observation period.

Initially, there were many misconceptions and doubts about the vaccine itself. Many were of the opinion that the vaccine will not reach the country on time. Many others were apprehensive about the quality of the vaccines as these were manufactured in India. With time, these misgivings and misinformation faded away. The vaccines came on time including those doses donated by India. Regarding the quality of the vaccine people came to know that many of the other vaccines that are administered around the world including Bangladesh for various other ailments are manufactured by the Serum Institute of India as the leading vaccine producer in the world. Now it appears that the inoculation drive is very much on course with the much appreciation of the people in both home and abroad. Bangladesh is on the way to achieve its target of vaccination as more and more people are registering themselves online for appointments at the health centres. The current use of technology in the vaccination drive is a testimony of the development of this particular sector in the country. When the idea of ‘digital Bangladesh’ was first mooted many used to laugh at it with apprehensions that the government will never be able to implement it. But now this has become a reality in Bangladesh providing vital and life-saving services to the citizens, especially during the all-pervasive pandemic.

For such unique achievements, the Honourable Prime Minister Sheikh Hasina and her government must be given due credit. With determination and steadfastness, she negotiated with India to get the vaccine for the people of her country. She did not shy away from paying for the vaccine in advance. Here it needs to be mentioned that many other countries of the world that are richer and more powerful than Bangladesh faltered in securing vaccines for their citizens on time and saving lives. Three cheers for Sheikh Hasina and her government for taking many timely bold and prudent decisions during the Covid-19 pandemic and saving the economy, livelihoods and finally lives of millions of her countrymen.