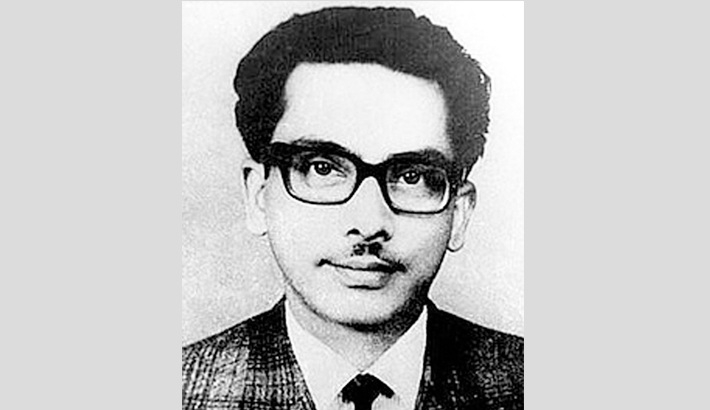 Today is the 94th birth anniversary of the country’s renowned novelist, writer and journalist Shahidullah Kaiser.

Shahidullah Kaiser was born at Mazupur village of Feni district on 16 February in 1927.

He studied at Presidency College, Kolkata and obtained a bachelor's degree in economics with honours. Later, he enrolled in master's of arts at Calcutta University but did not complete the degree.

Kaiser's wife, Panna Kaiser, is an author and novelist. She served as a member of the parliament for the Awami League government from 1996 to 2001. Kaiser's daughter, Shomi Kaiser, is a television actress.

Kaiser was active in politics and cultural movements from his student days. Following the formation of Pakistan in 1947, he joined the provincial Communist Party of East Pakistan. He started working as a journalist in 1949 with the Ittefaq in Dhaka. In 1952, he participated actively in the Language Movement.

At the end the Bangladesh Liberation War of 1971, the Pakistan Army and its local collaborators initiated a plan for killing the leading Bengali intellectuals. As a part of it, Kaiser was rounded up on 14 December 1971. He never returned, nor was his body ever found. It is assumed that he was executed along with other intellectuals. His brother, Zahir Raihan, a notable film-maker, also disappeared while searching for Kaiser.

He was awarded Bangla Academy Literary Award in 1969, Ekushey Padak in 1983 and Independence Day Award in 1998.