Multilateralism: The Torch for All 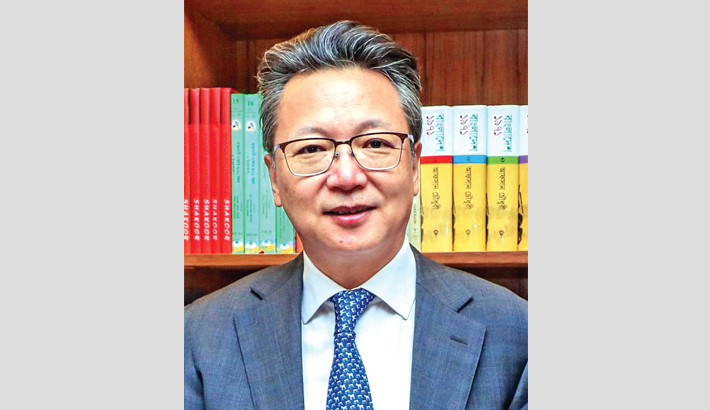 Some say 2020 callously revealed the world to be existentialist in nature, where certainty is but an illusion and human experience unreliable. One year into the covid-19 pandemic, people around the world still find themselves trapped in house isolation and a future of unknown. At this moment, for many of us, it might be difficult to say for sure whether the world is heading to the right direction, or that it is on the verge of another lurking crisis. We are also witnessing such deep social divide both within and between countries that few of us would have imagined, if it weren’t for the pandemic that ripped it open.

Nonetheless, one thing is clear: the world is arriving at a critical juncture and how we choose to act now will have long-lasting impact on generations to come. But making the choice is hard, for the divisions and inequalities, and the growing public discontent fueled by them, are quickly eroding many international consensuses that should serve as the bedrock for global actions. At the same time, however, the pandemic has sent us a wake-up call over the possible catastrophic consequences we will have to live with if the world should fail to cooperate in a global crisis.

Therefore, the international community is in urgent need to rediscover a solid common ground to work together to mitigate risks and avoid further failures, both in terms of addressing the current pandemic and many other global challenges. In response, Chinese President Xi Jinping offered a timely solution to this dilemma at the virtual Davos Agenda event, held by the World Economic Forum (WEF), as he reiterated China’s commitment of upholding a just and equitable multilateral system, and called for building a community with a shared future for mankind that everyone can benefit from.

When Globalization Falls out of Favor

One of the important factors that contribute to the current crisis of multilateralism is the wide-spread disaffection with globalization. Once viewed as the panacea for sustained economic development, globalization was thought to be the mechanism that will distribute resources and wealth globally with uttermost efficiency and make the world less vulnerable to disruptive economic shocks. But to some extent, the opposite happened during the pandemic: global inequality gap widened, global values chains fell susceptible to disruptions, and countries undercut each other for medical supplies. Where did we go wrong?

As a matter of fact, the anti-globalization trend has roots that go far deeper than the current pandemic, though COVID-19 has certainly aggravated it. There was a time when most countries bought into the myth that a globalized market could take care of most of the things by itself, through the so called “invisible hand”, with just a little help from governments and international institutions to solve the problems created by the under-regulated expansion of capitals and multinational companies. The golden age of globalization saw unprecedented cross-border free flow of goods, services and capitals, creation of mammoth amount of wealth and billions of people being lifted out of poverty. But it also brought new loopholes and systemic risks that governments and businesses have long chosen to ignore.

As a result, in what some call a “hyperglobalized economy”, globalization quietly became more fragile and riddled with vulnerabilities. For example, in some sectors, suppliers had become concentrated in geographically dense clusters, making the supply chains less resilient to possible outbreak of crises. Inadequate public policies of individual countries as well as international organizations also left lower-income populations with little to fall back on when they were grappling with the rapidly changing economic landscape. New problems, rigidities and conflicts gradually built up during the process, and it was only a matter of time before they would finally erupt. The 2008 financial crisis was one product of such blind expansion. The disarrayed global COVID-19 response was yet another.

On the other hand, although globalization is now under the siege of surging nationalism and populism, it would be simply impossible and unwise for people today to walk away from it and return to a pre-globalized world, not after all the wealth, progress and inter-connections it has brought us. More importantly, the dysfunction of the globalization system will not be solved by economic nationalism or protectionism, for none of the above consequences is really the inevitable product of globalization. Rather, they are the result of lack of sufficient regulation and effective governance at both national and global levels.

Therefore, to fix the structural problems in the global economic system and narrow development gaps, what we need is not to abandon globalization, but to amend it. Or as President Xi put it, we need to “stand by the core values and basic principles of multilateralism” while also “adapt to the changing international landscape and respond to global challenges as they arise”. And we need to “reform and improve the global governance system on the basis of extensive consultation and consensus-building” so as to make it more equitable, inclusive and sustainable.

If human experience could still be trusted even to the least extent, then it is plain that things almost always go wrong when there lacks a well-functioned globalization and multilateralism. All we need to do is just to look at the most recent drama around COVID-19 vaccines.

At this stage, vaccines are no doubt the biggest concern for almost all countries. As governments rush to secure as many vaccine as they can for their own citizens, there has been a heating row globally over vaccine distribution, even among the richest countries and close partners. For example, 2 weeks ago, the EU rushed through new export controls on vaccines when pharmaceutical companies’ failure to meet their vaccine delivery schedules to the EU was causing growing unrest over the continent’s vaccine rollout. The decision drew wide backslash and criticism from its partner countries and international organizations, including the World Health Organization who said such measures risked prolonging the pandemic.

Indeed, such unilateral and protectionist moves will only hold back human’s race against the coronavirus and dampen the global anti-pandemic efforts. After all, no country or its citizens will be truly safe from the pandemic unless people in the poorest countries also get inoculated as timely and efficiently.

The incident again shows how important it is to have stable and well-functioning global supply chains, and perhaps more importantly a well-regulated framework for international coordination when responding to a global-scale crisis. All these will have to be based on a fair and inclusive multilateral structure. Only by building a more representative and rule-based international system and giving more power to multilateral institutions, will we be able to ensure equitable access of vaccines, especially for low- and middle-income countries.

In this regard, China has pledge to make its vaccines a public good and already announced to donate 10 million doses to COVAX, the central mechanism in the global COVID-19 vaccination effort that launched by the WHO and the Vaccine Alliance, which makes China the only country to do so up to today. We are also in close discussion now with the Bangladesh government over possible vaccine assistance. But striving to ensure enough vaccine supplies is just the first step. There’s more we need to do, not only in this pandemic but the reform of the current multilateral system in its entirety, which requires concerted global efforts. The same applies to many other challenges of our century, such as climate change and economic recovery and so on.

The Core Values and Principles of Multilateralism

China has always been a champion for multilateralism, but not just any type of multilateralism that might get exploited by certain big power or tilted to the interests of a particular group. Instead, it should be one that features justice and equity, balance and sustainability, as well as development and inclusiveness, for we believe it is the only way out of this huge labyrinth that we all inhabit today.

Again, as President Xi pointed out at the recent WEF, China will act on the vision of a community with a shared future for mankind by upholding the common values of humanity such as peace, development, fairness, justice, democracy, and freedom, and rising above ideological prejudice. As it strives to make the mechanisms, principles and policies of global cooperation as open and inclusive as possible, China is committed to working with members of the international community to promote a new type of international relations. And as a steadfast member of developing countries, China will further deepen South-South cooperation, and contribute to the development endeavor of developing countries in an economic globalization that’s well-regulated and truly multilateral.

Following the core values and principles of a better multilateralism, China has chalked out its next course of actions: it will continue to open its door wider, with a focus on institutional opening-up that covers rules, regulations, management and standards. It will continue the efforts to foster an environment that is based on values and principles, governed by law and up to international standards. It will take a more active part in bilateral, multilateral and regional cooperation that delivers higher levels of mutual benefit for all. China's continued development and opening-up will inject powerful impetus into global economic recovery and growth, and broaden the horizons for a wide range of cooperation.

We have been shown time and again that to beggar thy neighbor, to go it alone, and to slip into arrogant isolation will always fail. It is time that we try to seek out more common values embedded in all humanity, and use them as the torchlight to illuminate our way forward.