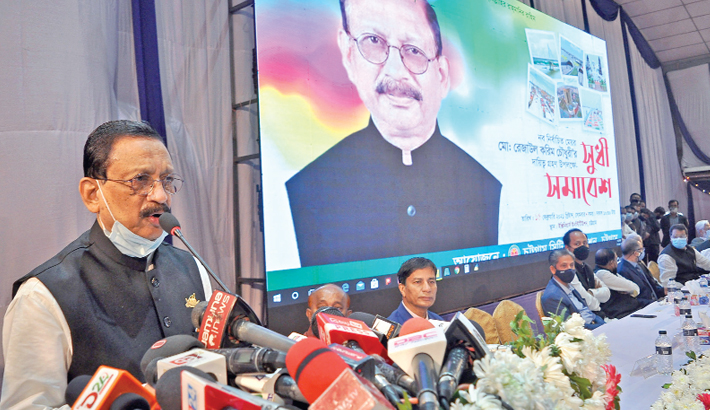 He also promised to work hard to turn Chattogram into a ‘model city’ during his five-year tenure. Rezaul was addressing a civic rally at the auditorium of Institution of Engineers, Bangladesh (IEB) Chattogram Centre on Monday.

Rezaul said, “All organisations are working for the development of the country. We will have to unite to serve the public interest.”

He also underscored the need for increased executive power for the mayor for making the coordination fruitful.

“Many people think that the city only belongs to the mayor. Everyone has the responsibility to make it beautiful,” observed Rezaul, also senior joint secretary of the City AL.

He reiterated his pledge to develop Chattogram as a planned city after discussion with people from every walk of life.

He called upon everyone not to blame the mayor for everything.

Rezaul said, Prime Minister Sheikh Hasina has taken responsibility for the development of the port city.

Mega projects like tunnel, elevated expressway and Bangabandhu Shilpa Nagar are being implemented, he said. He also promised to repair dilapidated roads to ease traffic movement.

After the rally, Rezaul went to CCC’s temporary office in the city’s Tigerpass area and took charge as the mayor at around 2:15 pm.