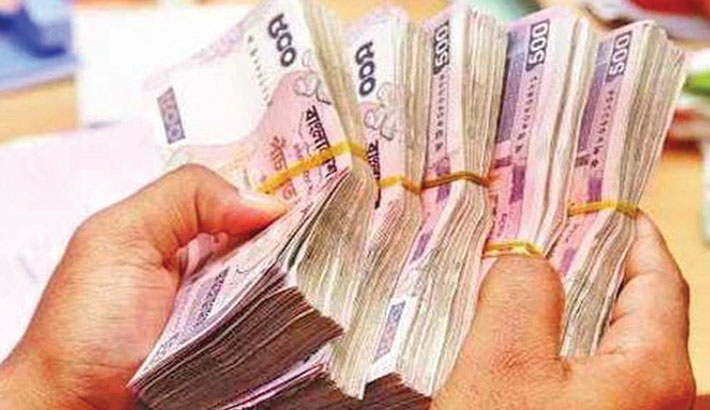 A total of 8,333 individuals have whitened Tk 102.20 billion in untaxed money in the first half of current 2020-21 fiscal, according to data from the National Board of Revenue (NBR).

The government earned revenue of Tk 10.24 billion from the whitening of untaxed money.

The government has allowed the wholesale opportunity to legalise black money to accelerate the economy’s growth, increase investment, and develop the stock market.

A total of 252 taxpayers invested their undisclosed money in the securities approved by the Bangladesh Securities and Exchange Commission after paying Tk 275 million in tax during the July-December period, NBR data shows.

Some 3136 individuals have whitened their undisclosed money by investing in the real estate sector after paying Tk 1.63 billion to the national exchequer as tax.

Most of the money was whitened from the undisclosed cash, bank deposits, savings certificates, shares, bonds or any other securities by paying taxes at a rate of 10 per cent.

Of the 31 tax zones under the NBR, taxpayers in Dhaka’s tax zones 1 and 4 have legalized the most investments in the stock market.

However, the people of Dhaka are the most advanced in hiding money in banks. The taxpayers of these regions have shown the most money in their tax returns.

According to the budget proposals for FY21, individual taxpayers can disclose cash, bank deposits, savings certificates, shares, bonds or any other securities between July 1, 2020, and June 30, 2021, by paying taxes at a rate of 10 per cent on the value of the declaration.

Any individual can invest money in the capital market in the same period and show it in his or her tax returns on paying tax at a rate of 10 per cent on the value of the investment subject to satisfying certain conditions, including a lock-in period of three years.

Any individual also can disclose any type of undisclosed house property including land, building, flat and apartment in the new fiscal year by paying tax at a particular rate per square meter of the assets.