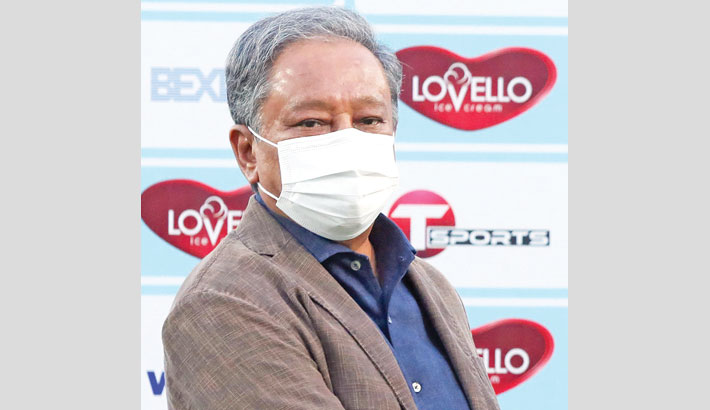 Bangladesh Cricket Board president Nazmul Hassan Papon on Sunday hinted at a big change in Bangladesh Test team set-up to solve their continuous problem in the longer-format.

Nazmul was furious in the impromptu press conference at the Sher-e-Bangla National Stadium after the hosts lost the second Test against West Indies by 17 runs to concede 0-2 defeat in the two-match Test series.

“This can’t continue and there must be a solution,” Nazmul told the reporters after the match.

“I have not said anything after the Test series against Afghanistan but this must come to an end,” he added.

The BCB boss took a swipe on the team management and was surprised to see no additional pacer in the playing XI in the Dhaka Test.

Bangladesh played Mustafizur Rahman as the only pacer in Chattogram while they picked Abu Jayed in his place in Dhaka with Soumya Sarkar being a part-timer.

“One thing I suddenly see is that too many spin wickets have started from the Afghanistan series. We had a time when we were fairly good at spin because our pace was not good.

“We didn't have pace bowlers and for the last three years, we have been constantly thinking about how to make pace friendly wickets. Not only have we improved a lot but we have improved a lot in domestic cricket.

“As a result of that, if you look at our domestic cricket or the tournaments we did, our fast bowlers played well. We have a lot of pacers now. With so many pacers, I will not accept playing with one pacer. With five pace bowlers, the place of all-rounder has been closed.

“I heard that Shakib (Al Hasan) is injured and we will need a replacement. Then many names were said one by one. Akram (Khan) was in front of me, Nannu (Minhajul Abedin) was there, Sujon (Khaled Mahmud) was there, Sumon (Habibul Bashar) was there.

“I gave them four or five options. Mahmudullah Riyad was number one then Mosaddek (Hossain), Mahadi (Hasan) and the fourth option was Soumya (Sarkar). They have chosen Soumya,” he added.