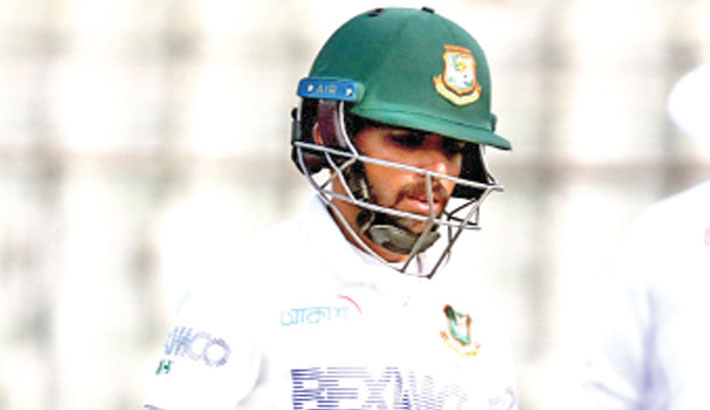 Bangladesh Test skipper Mominul Haque on Sunday blamed their middle-order after failing to chase 231 runs against West Indies at the Sher-e-Bangla National Stadium.

Bangladesh fell victim to its own spin trap as West Indies spinners picked up all 10 wickets of the hosts in their second innings to get a 17-run win in the second Test.

Rahkeem Cornwall claimed four, to finish with 9-179 in the match and highest 14 wickets in the series, while skipper Kraigg Brathwaite and Jomel Warrican picked three wickets each to bowl out Bangladesh for 213 runs while chasing 231.

“Tamim, the way Soumya started, it felt like we were in the game. Suddenly two or three wickets fell and we fell a little behind. Towards the end, Miraz (Mehidy Hasan) played well but there was a bit of wobble in the middle-order and that is why we couldn’t finish the game,” Mominul said.

“Batsmen need to develop the habit of playing big innings. You have to make a habit of batting for a long time. This is the most important thing. If batsmen can bat for three or four sessions, it will be easier for the Test team,” he added.

“I would say this is a team effort. The ODI team didn't do well. But we had some plans and came on top. I know my skill with the ball. I just wanted to keep it tight. Coming over here with all the protocols in place, it is huge,” said Braithwaite.

“I am very thankful for this opportunity and I am very proud of the boys. It means everything back home. The fans will be proud. We just stuck to our plans and proved them wrong. I know what Mayers (Kyle) can give us. I have known him since primary school. Moseley will also give us runs soon,” he added.

Rahkeem Cornwall, who played a key part in the second match win by taking nine wickets, said that the energy in the dressing room played a vital role in their success in Bangladesh.

“The whole team had great energy from day one. The team management backed us as well. Once the conditions allow you to spin it, I backed myself to spin it. You need to be patient and bowl consistently,” he said.