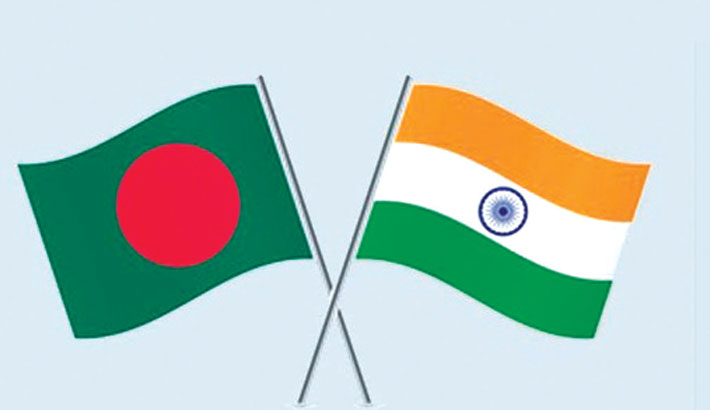 India is the largest democracy in the world. Since independence, conspiracies went on to break India in many ways. But, overcoming all the hurdles, India is now a major joint family consisting of 28 states and eight regions being ruled by the centre. The Soviet Union has broken into pieces much earlier; we term it ‘Balkanisation’.

India is surrounded by similar neighbouring states. At this moment, the neighbouring states are tense enough. Bangladesh, being a comparatively smaller state, has economically advanced to a great extent. Overcoming multifarious conspiracies, the Government of Bangladesh led by Sheikh Hasina is striving to move forward through maintenance of a neutral foreign policy.

Among other states, Nepal achieved independence in 1923 while Bangladesh won it in 1971. Other states got emancipation at the fag end of 1940. From extreme monarchy, Bhutan has been transformed into a constitutional monarchy. Although China is a bit far away, its border is close to India. So, it has been termed a special neighbouring state. One-party communist rule prevails in China for a long period.

Sri Lanka is different to some extent where democracy is being experimented through polling. Recently, Myanmar came under military rule by ousting Aung Suu Kyi through a coup by the army junta. Popularity of San Suu Kyi and her absolute majority were behind return of military rule there. India has to think it seriously the reason of return of military rule. The reason is that like Myanmar, Nepal has also its frontiers with China and India. As to why, the influence of China is of utmost importance. If a crisis of democracy is created, India’s concern increases over the situation.

Regarding this, late President Pranab Mukherjee once told me if the neighbour’s house catches fire then this fire might reach our house too. So, none can sleep comfortably if the neighbour’s house catches fire. Unrest in the neighbouring state has worried India reasonably. So, we specially look towards Myanmar. When Suu Kyi waged a democratic movement, the military junta was in power. At that time, the US government lent its support to the democratic movement of Suu Kyi. But, India followed a foreign policy of non-interference into other states’ affairs. It maintained bilateral ties with the administration of the military junta. I still remember that Condoleezza Rice was the sitting US Secretary of State when I accompanied Pranab Mukherjee during his state visit to the US. He tried to pursue her time and again to strongly support Suu Kyi’s movement. Evaluating the foreign policy, Pranab Mukherjee told Condoleezza Rice that Pakistan is also under military rule led by General Pervez Musharraf. But, you have termed Pervez Musharraf a good boy and you are pressurising us to establish good relationship with Pakistan. Again Myanmar is also under military rule, but there you have lent a support to Suu Kyi’s movement. So, the US foreign policy has played a dual role in this matter. But, India maintained a policy of non-interference with the junta administration or that of Parvez Musharraf. It maintained the bilateral ties with the junta administration following a policy of professionalism. If Suu Kyi’s movement was anti-state then it was their internal issue. India won’t interfere there. However, India maintains a political relationship with Suu Kyi for long. She and her family spent a long period in India. So, India did not take negative stance against her. There was no such allegation that Suu Kyi represents a fundamentalist power. When Suu Kyi came to power then the intelligence repeatedly informed about her majoritarianism. How was it reflected in democracy is a different question. Pakistan possesses Jehadi psychology which has mingled with the psychology of Pakistan army. Common people too support them which supplies oxygen to army. That people’s support becomes the source of power. If this psychology works in Myanmar and people’s faith grows in favour of military against Suu Kyi’s majoritarianism then India have to think enough.

India is passing through an uncertain period. In the US too, the scenario changed radically where Biden’s rule has just started. His support to India is yet to be ascertained. India is trying its best to win the US support. But, India needs time to know the US stance. Modi too is worried to sustain the warm relationship that he used to enjoy during Trump’s period. The stance of Biden-Harris partner is tough enough on Kashmir, minority interests and human rights issues. The US administration and the people are perturbed over ongoing farmers’ movement in India. Not only the US is annoyed, Britain, the European Union, OIC and Canada are also disturbed. In this adverse situation, Indian Prime Minister Modi knows well the essentiality of cordial relationship with the neighbouring states. It is a must to maintain the country’s trustworthiness with western democracy.

India is giving importance to Thailand. Alongside SAARC, Narendra Modi gives due importance to BIMSTEC. Manmohan Singh too gave it that importance in the past. Thailand is an important member of BIMSTEC. But, in Thailand too, monarchy has fallen in people’s wrath. Thais are now defying the monarchy by staging continued protests. They demand reforms in monarchy. In this circumstance, Thai army has taken its stance against the protesters. Police have resorted to harsh measures to quell the protests. Lots of people are being arrested, but there is no sign that the unrest is subsiding. It appears to be a matter of great concern for India.

In such a situation, China has shifted itself from the dragon policy. India is not at ease at all. In a bid to resolve the border conflict in East Ladakh, the commanders of the two countries held meetings for several months. Dialogues continued till 2:30 am on 24 January. But, the Sino-Indian conflict resurfaced on the very next day. The conflict reached Nathu La of the Indian state of Sikkim. Here also, Indian armed forces repulsed the attack of Chinese forces who tried to infiltrate into the Indian territory. Diplomatic quarters believe that this conflict has raised concern between the two nuclear armed states. In this context, Prime Minister Narendra Modi, Defence Minister Rajnath Singh and Indian Army Chief M M Naravane have warned China in clear terms. However, India is determined to resolve the stalemate relating to border conflict through dialogue. Presently, preparations for Indian Prime Minister’s Bangladesh tour are underway.

However, the prevailing tense situation demands stronger Indo-Bangladesh ties. Marking the ‘Mujib Barsho’ and 50 years of independence of Bangladesh, both the countries will jointly participate in various programmes. Moreover, it is a priority of Narendra Modi to strengthen the Indo-Bangladesh axis. As to why, the Indo-Bangladesh Land Boundary Agreement has been signed. Modi is trying to move forward with the rest other deals. An initiative will be taken to address the Teesta accord issue after the Vidhan Sabha elections that are due to be held sometime in May. Narendra Modi cherishes this desire in his mind irrespective of whoever comes to power in Paschimbanga.