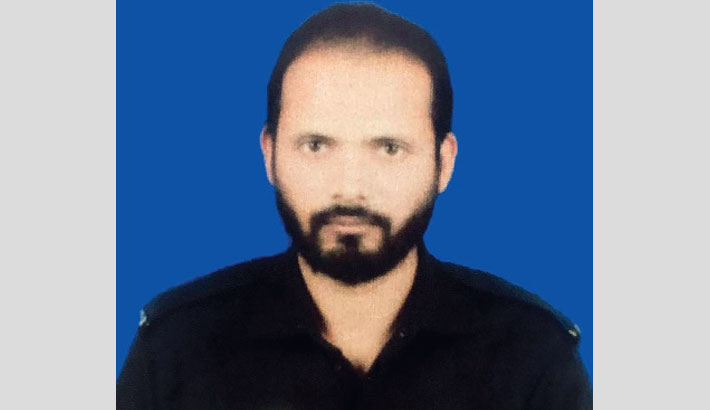 A ganja-laden truck crushed an RAB member to death during his chase in Mymensingh as he signalled to the driver for a halt at a check post in Gazipur on Sunday.

The victim is Mohammad Idris Molla, 28, a constable of the police force who was posted at the Rapid Action Battalion (RAB)-1.

RAB Senior DAD Golam Mostafa along with Idris Molla chased the truck as the driver violated the signal at the check post in the morning.

When Idris took position in front of the truck on the road in Bhaluka, it did not stop rather ran him over, killing him on the spot.

of ganja was going to Mymensingh from Gazipur via Mawna.

On information, an operating team of the RAB-1 set up a check post in front of the RAB-1 Porabari Camp in Gazipur, he said.

He also said the RAB men signalled a truck to stop at about 6:30am, but its driver did not do so rather fled away.

Idris and Mostofa riding on a motorcycle chased the truck. At one point, the men in the speedy truck dumped a sack of ganja in front of their motorcycle to flee the scene.

Mostofa collected the sack, but Idris alone riding on the motorbike continued to chase the truck, but the truck rapidly moved towards.

The officer said they seized the truck, but its driver and other men of the vehicle went into hiding.

A murder case was filed with Bhaluka Model Police Station in connection with the incident.

RAB members are now trying to arrest the driver and other men in the truck, he said.

The officer said a total of 27 RAB men were killed and about 500 others were injured during various operations since the formation of the elite force RAB in 2021.

Inspector General of Police Dr Benazir Ahmed expressed deep shock at the death of the constable.