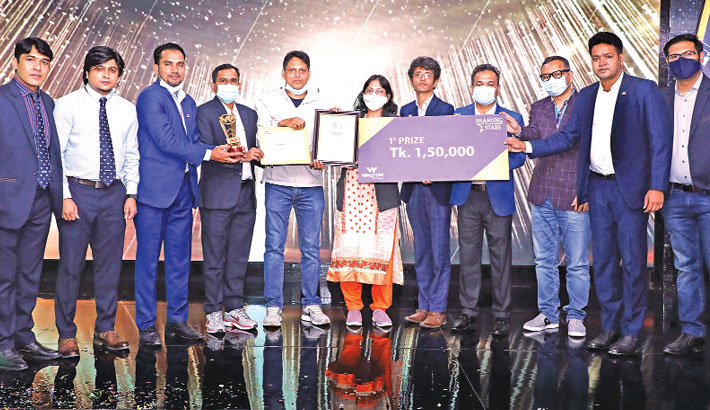 Country’s electronics giant Walton honoured 31 individuals and organisations with ‘Television Branding Stars Award’ as a recognition of their outstanding performance in promoting Walton TV and creating digital awareness among customers.

Walton TV is conducting Digital Campaign across the country to accelerate its digital customer database initiative for delivering online based warranty and best after sales services swiftly.

To encourage customers’ participation in the campaign, the local brand has been offered guaranteed discounts up to 50 percent on the purchase of any model of Walton LED TV, Smart TV and Voice Control Smart TV.

Among them, 31 individuals as well as organisations were honored with with ‘Television Branding Stars Award’ in three category of area manager, regional sales manager and divisional market monitor.