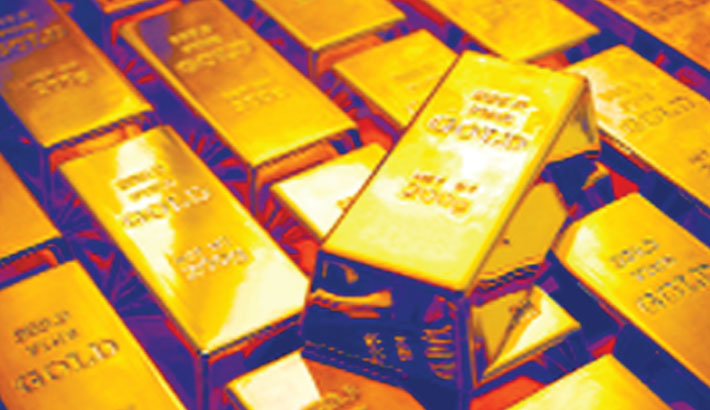 BENGALURU: Gold fell 1 per cent on Thursday, as the US dollar halted its slide, while platinum also eased in choppy trading after rallying to an over six-year high with analysts expecting further upside driven by higher demand from the automobile sector.

Making metals more expensive for those holding other currencies, the dollar steadied off a two-week low.

“Gold’s inability to trade back over US$1,850 has triggered profit-taking as the sharp USD decline has eased,” said Tai Wong, head of base and precious metals derivatives trading at BMO.

“Investor interest seems to have shifted to platinum which has enjoyed a US$150 rally over the past week though we are seeing profit-taking at current levels,” he added.

Platinum’s rally was driven by a relatively tight market “and certainly the investment demand, which is reflected in strong exchange traded fund (ETF) inflows among others,” said Commerzbank analyst Daniel Briesemann.

Both platinum and palladium are used by automakers in catalytic converters to clean car exhaust fumes.

Platinum may see a third consecutive annual deficit in 2021, specialist materials firm Johnson Matthey said in a report on Wednesday.

“The market has been looking beyond the pandemic - to a recovery in the auto sector, which will eventually happen,” said StoneX analyst Rhona O’Connell.

It will draw support from potential demand for fuel cells, Ms O’Connell said.

Citi Research analysts expect prices to rise to US$1,300 an ounce by the end of the year.

Meanwhile, the S&P 500 and the Nasdaq were just shy of record highs.