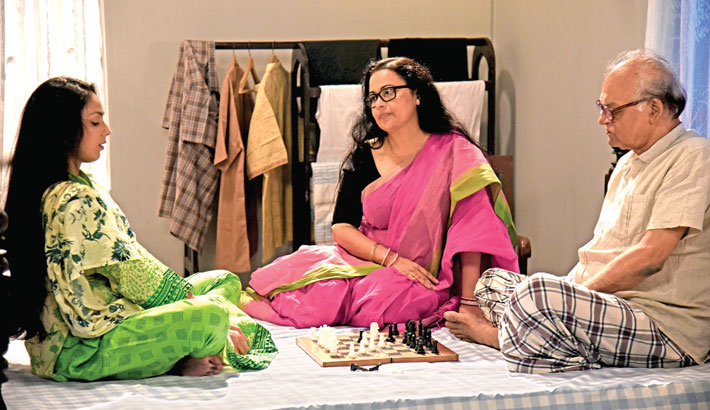 Popular actress and teleplay maker Afsana Mimi-directed new drama series 'Sayangkaal' will be  aired on Bangladesh Television (BTV) from today. The story of the series based on the novel 'Dakshinayaner Din' by Shawkat Ali.

About the drama, Mimi said, "Actually the drama 'Dakshinayaner Din' was aired on BTV 30 years ago. Our main aim is to bring that drama to the new generation. That's why BTV authorities are interested to make this drama again. The story of the drama revolves around a middle-class family and their daily life stories. We tried to portray the story beautifully."

Produced by L Ruma Akhter, the drama series will be aired on Sunday, Monday and Tuesday at 9:00pm.

Afsana Mimi is one of the popular actresses of the country. She gained immense popularity among the viewers in the ‘90s. She has acted in Humayun Ahmed-directed popular drama series 'Kothao Keu Nei' along with films such as 'Chitra Nadir Pare', 'Nadir Naam Madhumati' and others.

Mimi's debuted as a director through the drama serial 'Bandhan' in 2000. Her directorial other dramas are 'Doll’s House', 'Kachher Manush', 'Poush Phalguner Pala' and others.