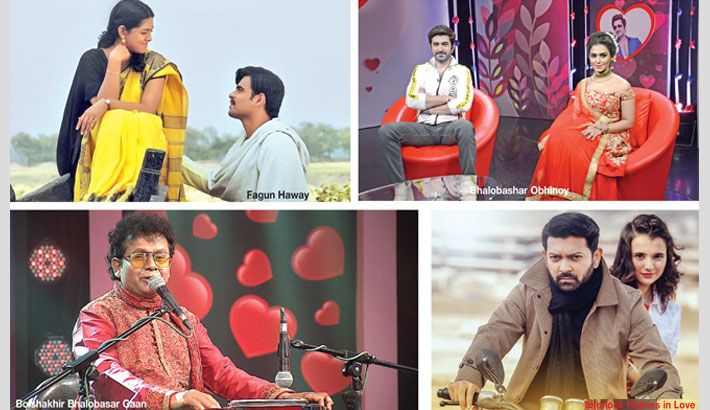 Pahela Falgun, a festival welcoming the arrival of spring and Valentine's Day is being celebrated across the country today. To mark the day, television channels has  arranged an array of special programmes.

A special live musical programme 'Bhoshonto Boron' will be aired on Channel i at 07:30am today. Prominent Tagore singer Rezwana Choudhury Bannya and artistes from Shurer Dhara will perform in the programme.

Special magazine programme 'Panchforon' will be aired at 10:40pm on ATN Bangla. The show is made by Fagun Audio Vision.

A special programme 'Bhalobashar Obhinoy' will be aired at 6.45pm on NTV. Popular actress Nusraat Faria and Indian actor Jeet will share their different stories about their acting career in the show. Single-episode drama 'Bhalobashar Recipe' will be telecast at 11:00pm.