Oxford-AstraZeneca vaccine to be tested on children 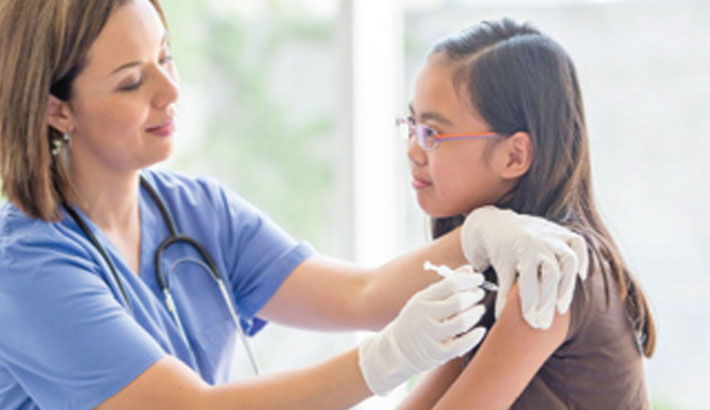 A new trial is to test how well the Oxford-AstraZeneca coronavirus vaccine works in children, reports BBC.

Some 300 volunteers will take part, with the first vaccinations in the trial taking place later in February.

Researchers will assess whether the jab produces a strong immune response in children aged between six and 17. The vaccine is one of two being used to protect against serious illness and death from Covid in the UK, along with the Pfizer-BioNTech jab. As many as 240 children will receive the vaccine - and the others a control meningitis jab - when the trial gets under way.

Those interested in taking part must complete a short questionnaire.

Andrew Pollard, professor of paediatric infection and immunity, and chief investigator on the Oxford vaccine trial, noted that most children were relatively unaffected by Covid and were unlikely to become unwell with the virus.

But he said it was important to establish the safety and immune response to the vaccine in children and young people as some children might benefit from vaccination.

There are currently no plans for children to be vaccinated with the Oxford-Astrazeneca jab in the UK, as it has only been authorised to prevent Covid in people aged 18 or over.

The Pfizer-BioNTech jab is only authorised in those aged over 16. The vaccine priority list also excludes anyone under the age of 16, even the clinically extremely vulnerable.

Earlier this week England’s deputy chief medical officer, Prof Jonathan Van-Tam, told ITV News several trials were under way to develop vaccines that were safe and effective in children, saying it was possible there would be some licensed children’s vaccines by the end of the year.

The University of Oxford said its was the first trial of a Covid vaccine in the six to 17 age group. It said other trials had begun but only measuring efficacy in those aged 16 and 17.