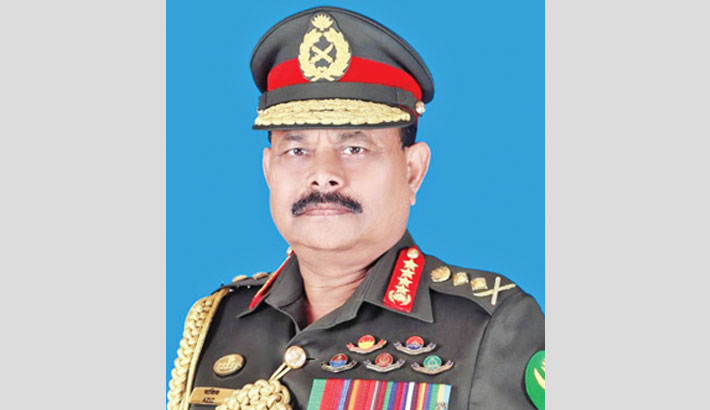 Chief of the Army Staff General Aziz Ahmed returned home on Friday after the completion of his official visit to the United States.

General Aziz reached Bangladesh at 10:00am,

He left Dhaka for the US on 29 January at an invitation by the Chief of the US Army Staff.

During the visit, General Aziz met senior officers of the US Army and visited various military installations and training facilities.

General Aziz paid a visit to the deputy assistant secretary to the Office of the Secretary of Defence for Policy South and Southeast Asia and the representative of Defense Security Cooperation on February 2.

Different issues related to bilateral cooperation between the two countries were discussed during the meeting.

General Aziz laid emphasis on sending back Rashed Chowdhury, the death-row convict in the Bangabandhu murder case, to Bangladesh quickly.

On 4 February, a guard of honour, on behalf of Chief of Staff of the US Army General McConville, was presented to the Chief of Bangladesh Army.

National anthems of Bangladesh and the USA were rung during presentation of the guard of honour at the Arlington National Cemetery.

Later, he paid a courtesy call on his US counterpart and discussed ways to strengthen the relations between the armies of the two countries as well as mutual cooperation.

During the discussion, the UN senior officials acclaimed the professional skills of the peacekeepers from Bangladesh.

A call has been made to deploy a helicopter unit of Bangladesh Army to the UN peacekeeping mission in Mali and provide a 13-member military police detachment to DR Congo.

The army chief made a promise to the senior UN officials over scaling up the strong role of Bangladesh Army in preserving world peace.

The US trip of the Army Chief would play an important role in increasing the number of Bangladeshi members in UN peacekeeping missions and increasing Bangladesh's delegacy at the policy-making level.