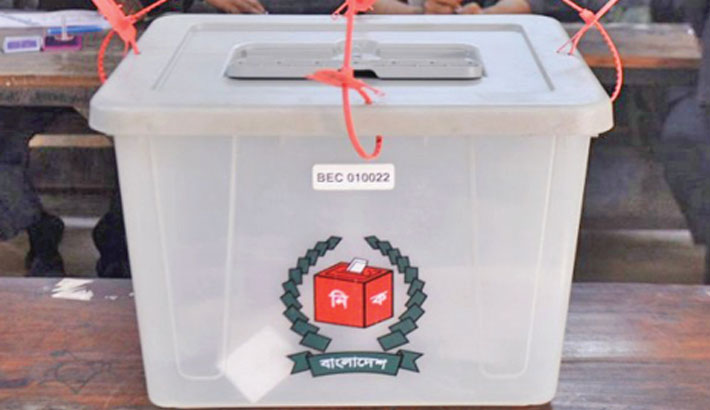 Voting in 55 municipalities across the country will be held today in the fourth phase of the local government election amid ‘fear of violence’.

“The Election Commission declared the schedule for the fourth-phase elections in 56 municipalities, but later voting in Kalkini municipality has been postponed,” said EC Joint Secretary (PR) Asaduzzaman.

The polling in 55 municipalities will begin at 8:00am and continue until 4:00pm without any break.

The police administration has taken adequate security measures to avert any untoward incident.

The district administrations completed preparations as the returning and the presiding officers collected election materials from the Upazila Election Offices on Saturday.

Besides this, 167 mobile and 55 striking forces of police, 167 Rapid Action Battalion (RAB) teams have been deployed to ensure smooth voting in the elections.

Two platoons of Border Guard Bangladesh (BGB) in each upazila and one platoon of Coast Guard in the coastal areas have also been deployed.

Meanwhile, 500 executive and 55 judicial magistrates are in the field.

Clashes between supporters of mayoral and councillor candidates and torching of poll campaign offices have recently taken place in different municipalities, including Alamdanga in Chuadanga,  Gopalpur in Tangail, Kalkini in Madaripur, Phulpur in Mymensingh, Lalmonirhat Sadar, Ranishangkail in Thakurgaon and Rajbari Sadar.

In a pre-election violence, a man was killed as supporters of the ruling party candidate and incumbent Gopalpur mayor Rakibul Haque were locked into clashes with followers of AL rebel candidate Gias Uddin in Gopalpur Bazar and Someshpur on February 6.