Our Young Generation and Drug Menace 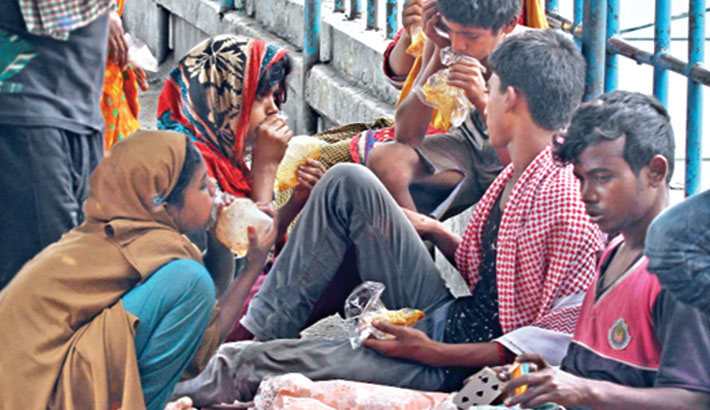 We do not know when our young generation will get rid of the drug menace. A large part of the country's youth is addicted to drugs. We need to think about how bad the situation can be if the younger generation gets involved in such a game of destruction.

China is a shining example of an entire nation being wiped out by drugs alone. The British wanted to occupy China. But capturing economically prosperous China was not easy. Then they planned to make the young generation of China addicted to opium which was then used as a medicine in China. They imported very little opium from abroad. The British started sending large quantities of opium to China through the East India Company and the Chinese began to take it as a drug. Gradually the demand for opium in China increased so much that the smuggling of opium began there. The situation was that in some provinces, 9 out of 10 people were addicted to opium. This opium addiction had severely damaged China's youth and economy.

At that time, the emperor of China, Chia Ching, gave the responsibility of the port of China to Lin Xu, an honest officer. Lin Seo Su took several tough steps to stop the drug aggression in China. In doing so, he angered the British and the British started a war in China. This war is known as the Opium War in China and the trade war with the West. The Chinese fought two wars with the British and were defeated in both. Because the Chinese army, addicted to opium, could not resist the British attack. Then the defeated emperor Chia Ching accepted many conditions and was forced to make an unequal agreement with the British which is known in history as the Nanking Agreement. China gave the sovereignty over Hong Kong to Britain. Thus, only because of drug addiction did the Chinese nation have to accept the slavery of the British.

At present about 7 million people in the country are addicted to drugs. A large portion of students in higher educational institutions are intoxicated. Government college and university halls are like drug dens. According to an intelligence report, more than half of a hundred doctors of Bangabandhu Sheikh Mujib Medical University regularly take drugs. Thus, on an average, drug addicts use drugs worth around Tk 20 crore every day, which is around Tk 600 crore per month. A report has found that drug addicts are involved in 80 per cent of murders in one way or another. The situation has deteriorated to such an extent that drug testing is being considered before entering the government service.

A drug addict loses all his human qualities. He can’t make difference between right or wrong and good or bad. They are easily influenced by others. Any wrongdoing can be done by them. They get involved in various anti-social activities to raise money for their drugs, which causes great chaos in the society.

Drugs have taken a terrible shape in our society at present. Because it is more readily available and accessible than before, many people fall into the drug trap. At the same time, many talented young people are falling prey to drug addiction due to lack of parental awareness, lack of religious practice, frustration and peer influence. It is impossible to fill the talent gap that is being created in the country.

The government has already conducted some successful anti-drug campaigns in the country. But it is not possible to make the country completely drug free by conducting such campaigns alone. Instead, we have to pay attention to identifying the causes of drug addiction among young people and focus on solving them. If we can engage young people in a variety of creative activities, I think it will reduce the number of drug users. Nowadays, frustration is increasing among the youth due to various reasons. Many are addicted to drugs out of frustration. For this, various committees can be formed in the neighbourhood. The youth of the area will be associated with this committee. The task of the committee will be to come forward with intellect and labour to solve various problems of the area. They will make the locals aware about drugs, child labour, child marriage, early marriage etc.

A drug-free nation can never happen by awareness or self-control unless the supply of drugs in that country is stopped. If there is a supply of drugs in a country, there will be some drug consumers there. Therefore, the government has to take some steps in this regard. Law enforcement agencies must perform their duties honestly. This is the problem of all of us. It is not possible to solve this problem with just isolated awareness or effort. Only the joint efforts of all the members of the society can build a drug free society. We dream of a Bangladesh where there will be no drug addicts. Only then in the country every human being will become a human resource; otherwise, at the rate at which the spread of drugs is increasing, in the near future we will become a nation without a heart.